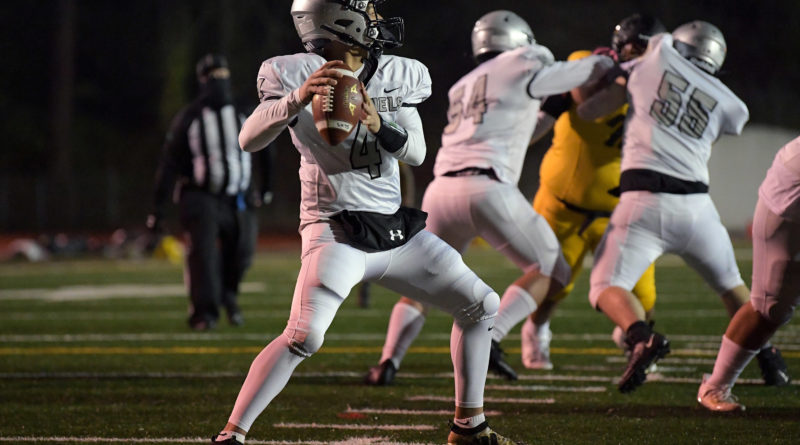 Less than a week out from the start of the Washington high school football season, two state contenders have been hit by COVID-19.

Both Lake Stevens and Spanaway Lake have canceled their first two games of the season due after positive COVID-19 cases in within their programs.

Each program will miss two nonleague games. Lake Stevens was set to play Eastlake on Sept. 3 and Mount Si on Sept. 10. Spanaway Lake was scheduled to face Gig Harbor Sept. 3 and Yelm on Sept. 10.

After more than one player tested positive for COVID-19, contact tracing protocols resulted in enough players being placed in quarantine to where neither program could field a team for the first two weeks of the season due to low numbers and not enough practices.

“The way I’m trying to look at it is it’s better now than later” in the season or postseason, Robak said.

Though cleared to play, Washington Interscholastic Activities Association rules require teams to undergo 12 practices before holding a competition, which eliminates both teams’ possibility of playing in Week 2.

It’s unclear what percentage of either team had received  a COVID-19 vaccine, but the contact tracing guidelines released by the Washington State Department of Health are more stringent on the unvaccinated.

Once a player tests positive, schools must identify anyone within six feet of that player for at least 15 minutes over a 24-hour period. Department of health guidelines say fully vaccinated players with no COVID-19 symptoms are not required to quarantine.

“I’ve had a handful of kids tell they’ve gotten their first shot since we’ve been shut down,” Robak said.

So far, at least three of the four opponents have filled the sudden schedule vacancies. Eastlake will now play Kentwood Week 1 and Mount Si will play No. 6 Yelm, the Sentinels’ Week 2 opponent. Gig Harbor is now playing Shelton Week 1.