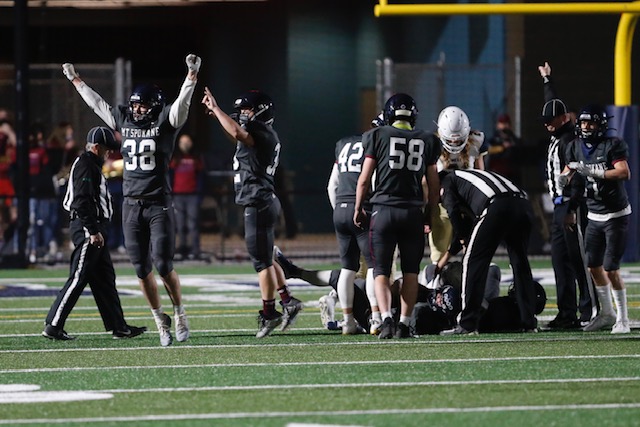 SBLive is previewing the Top 50 high school teams in Washington ahead of the fall 2021 season. Here’s an inside look at the Mount Spokane Wildcats of the 4A/3A Greater Spokane League – the No. 24 team in our countdown.

The top kicking prospect on the West Coast is a legitimate game-changer. The Texas A&M commit booted 55-yard field goals in consecutive weeks last spring – and even led the Wildcats to a win in the rivalry game with Mead. He just keeps drilling kicks.

Closing speed enabled Mount Spokane to utilize him a number of ways, including on quarterback blitzes (38 tackles, three TFL , interception last spring). Also plays in the slot and out of the backfield on offense.

Vertical threat amassed 314 yards and four TDs last spring, displaying breakaway speed that many other teams don’t have. Now wait until his chemistry with QB Kellen Flanigan, in his first full season, is on full display.

Mount Spokane’s path to the postseason is always riddled with games against strong Class 4A opponents in the 4A/3A Greater Spokane League.

And the Wildcats almost always hold their own.

Regardless of classification, the Wildcats are a mainstay at the top of the league – and have not lost a league game to a 3A opponent since 2018.

And there are no signs that will change anytime soon.

Among nine starters the Wildcats return are a smattering of playmakers — under center, out wide and in the backfield.

“Skill positions are just so deep right now,” Cloer said. “We just have so many guys.”

That starts with running back/slot receiver Tyler Alm, who rushed for 318 yards and four touchdowns on nearly five yards per carry in the spring and speedster Aiden Prado, who is the team’s starting safety and a threat out of the backfield and the slot.

They’ve also found their signal-caller in quarterback Kellen Flanigan. His emergence after transferring from Mead early in the spring helped unlock the team’s offensive potential.

He threw for 496 yards and four total touchdowns in three games, flashed an ability to run if needed and developed a favorite target in speedy downfield threat Jordan Sands (13 catches, 314 yards and four TDs) — all while acclimating to a new school and program on the fly.

“Having Kellen in the system for a full season, getting him through practices this summer, fall camp will be huge in his progression,” Cloer said. “His skill set fits with what we do.”

If all else fails, Mount Spokane can rely on big-footed Ethan Moczulski, one of the top kickers in the country, and Texas A&M commit, to score points – from any distance.

Defensively, the team will miss Carson Coffield’s (knee) presence at linebacker, but has defensive lineman Mitchell Campbell (nine tackles for loss), hulking inside linebacker Jackson Link (49 tackles as a junior) and Prado at safety to lead the way.