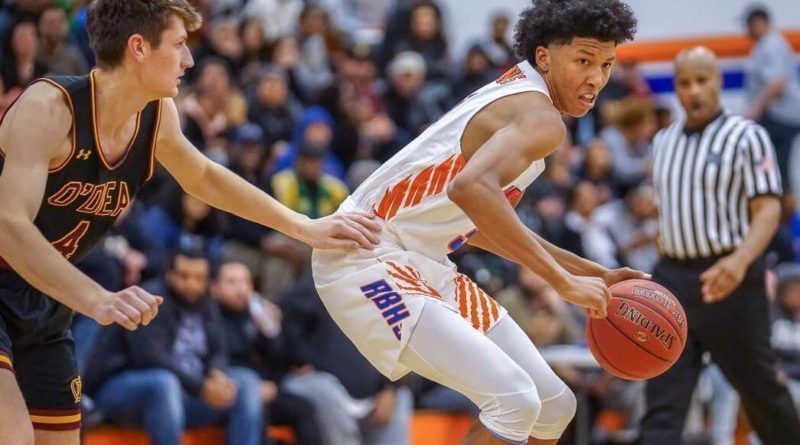 The 6-foot-7, 205-pound guard, originally a class of 2020 prospect, is opting for a route that bypasses college and has increased in popularity among the top grassroots prep prospects in recent years.

He’s the first player to sign with the program more than a full year after completing his high school eligibility.

“I thought this was the best route I could go,” Beauchamp told ESPN. “I’ve been off the radar for a while, but I’m glad to get an opportunity from [G League executives] Rod Strickland and Shareef Abdur-Rahim. It represents a lot for me, and I have to thank them. I’m confident that I can be a top pick next year with this platform.”

He was the No. 47 ranked prospect in the class of 2020 nationally, according to ESPN, and the top prospect out of Washington.

He’s had his eyes set on passing up college to go pro since he was in high school.

Despite offers from Washington, Arizona, UCLA and USC, among others, he decided to forgo his senior year of high school and joined Chemeleon BX in August 2019, a program based in the Bay Area that aims to train high-level basketball players for the NBA.

After around eight months in the program that were severely limited by COVID-19 restrictions, according to the ESPN report, Beauchamp returned to his native Yakima, Wash. and played 12 games with Yakima Valley College in the 2021 season, averaging 30.7 points, 10.5 boards and 4.8 assists per game while shooting 40 percent from 3.

Beauchamp bounced around Seattle’s Metro League in high school, winning state titles at Nathan Hale and Garfield under head coach Brandon Roy before leading Rainier Beach to a third place 3A state finish as a junior.

He was an Associated Press first team all-state pick as a junior.

The G League Ignite is a team based in Walnut Creek, Calif. that pays NBA prospects up to a reported $500,000 to play in a one-year development program filled with exhibition games as an alternative to college basketball.

Beauchamp has spent part of the summer playing in Jamal Crawford’s Seattle Pro-Am known as The Crawsover.