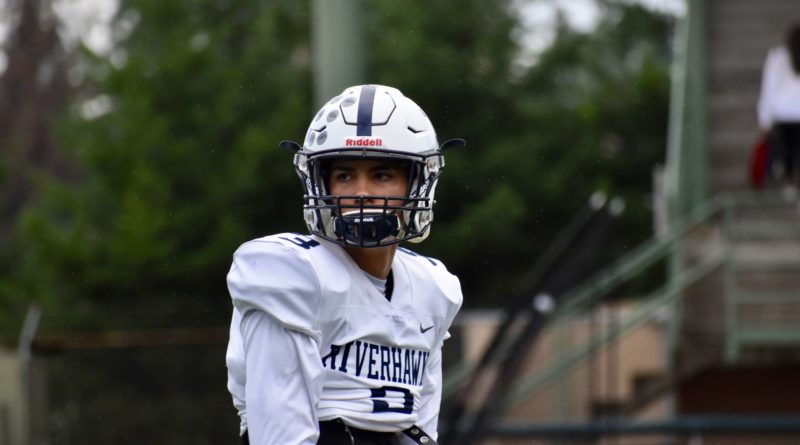 SBLive is previewing the Top 50 high school teams in Washington ahead of the fall 2021 season. Here’s an inside look at the Chiawana Riverhawks of the 4A/3A Mid-Columbia Conference – the No. 30 team in our countdown.

Every time you pull up Riverhawks’ game film, this all-MCC first-teamer is not only around the ball – his mean streak shows.

Guard on basketball team collects football passes like he does outlet feeds – and has some of the most natural hands you’ll find.

Feels like just yesterday he took over the offense as a ninth grader – dual-threat dynamo is undisputed leader of the attack.

It is hard to overlook what the Riverhawks have done in the Mid-Columbia Conference over the past three seasons.

They won the league titles in 2018 and 2019 under then-coach Steve Graff – and then again in the spring under first-year coach Scott Bond, the former offensive coordinator.

They are on an 18-game league winning streak, dating back to the middle of the 2018 season – and that is remarkable considering they play the likes of Kamiakin, Richland and Kennewick every year.

So, what is Bond thankful for in the months after the spring MCC title?

“We’re back to what has been normal over the past 20 years,” Bond said.

What isn’t normal, unlike the past three years, is filling a heavy amount key departed starting positions.

On defense, three of the four linebackers return, led by Jerry Alonso. But the secondary needs retooling. And the Riverhawks got some bad news a few weeks ago when they learned that two-time, all-MCC first-team nose guard Isaiah Anderson, an Oregon State University wrestling commit, would miss his senior season with a serious shoulder injury.

“People don’t understand what he’s done for our defense,” Bond said. “That will be a big position to fill.”

What gives Bond a little solace is that he returns the quarterback with the most experience in the league – senior JP Zamora, who recently de-committed from Utah and has reopened his recruiting.

One of the things Bond did in the offseason was hire a new quarterbacks coach – former Chiawana signal caller Troy Simpkins (class of 2017) – to work more directly with Zamora.

“His (Zamora’s) leadership this year has been way better,” Bond said. “His effort has been what you’d expect, which is a good thing to watch.”

Zamora could be a total-offense beast – passing and running – this fall, and has a pair of exciting wide receivers to throw to in juniors Kade Smith and Hunter Azure-Pryce.

“Nothing should come as a surprise to him,” Bond said.