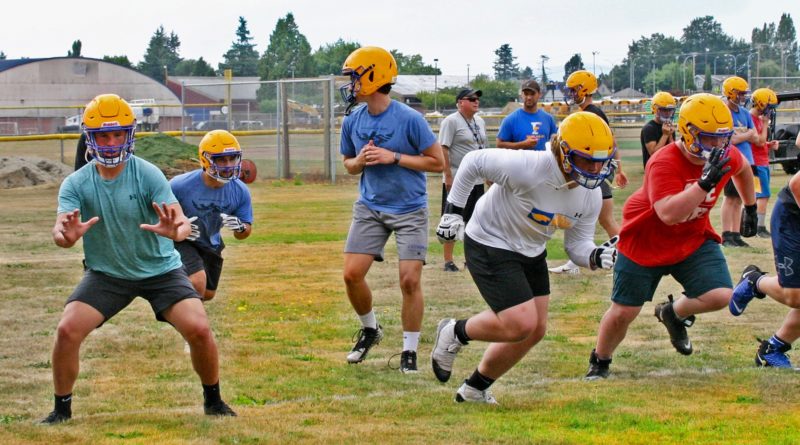 SBLive is previewing the Top 50 high school teams in Washington ahead of the fall 2021 season. Here’s an inside look at the Ferndale Golden Eagles of the 3A Wesco – the No. 33 team in our countdown.

Third in a line of football-playing siblings emerged as team’s best pass defender in the secondary, and is also an effective quick-burst running back.

Elite two-sport athlete is also a Power-5 football prospect – and can choose his path at either linebacker of tailback (867 rushing yards, 15 TDs last spring).

You don’t see Wing-T attacks that ask the center to pull on run plays often. Then again, Hatchett – another big-time recruit – is no ordinary player.

When Jamie Plenkovich jogs his memory to think about what made his 2017 team- which reached the Class 3A quarterfinals- succeed, he remembers how well that group did the “little things.”

What about this group entering the fall season?

“Talent-wise, we’re comparable,” Plenkovich said. “But how are we going to address the little things?”

Replacing a two-year starter at quarterback is never easy, but senior Mark Schlicting earned snaps as a junior, and has impressed coaches this summer.

Offensively, the Golden Eagles’ backfield behind Carlson was bolstered by a breakout spring season from Thomas Broselle, a two-year starter on defense and the team’s lockdown cornerback.

The team incurred one setback this offseason with linebacker Jazen Guillory suffered a serious knee injury, and is expected to miss his senior year.

Ferndale hit an early crescendo in the spring when it beat a strong Lynden team, 28-19, in Week 2. But its youth showed the following week, losing to Sehome.

“To have those guys to have that season to have games, play someone else, learn about themselves,” Plenkovich said. “It helps you grow up, create expectations for this year and be excited about our potential.”