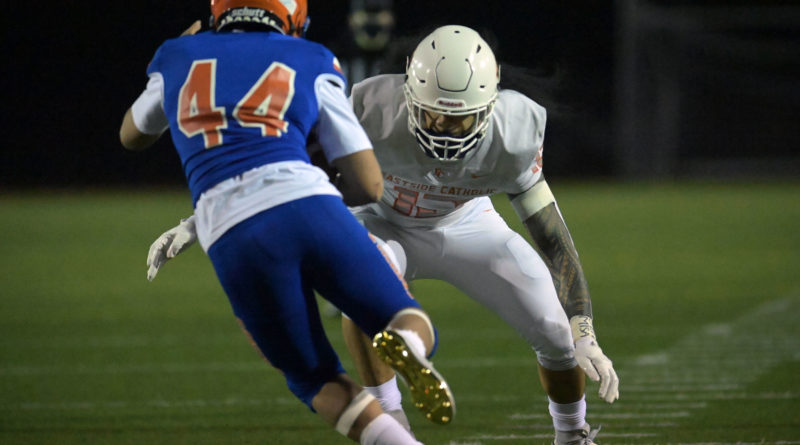 SBLive is previewing the Top 50 high school teams in Washington ahead of the fall 2021 season. Here’s an inside look at the Rainier Beach Vikings of the 3A Metro League – the No. 37 team in our countdown.

Five-star left tackle made an impact as soon as he stepped onto campus as a ninth grader. Now, the program pillar and Adidas All-American is an elite run-blocker, with the likes of Alabama, Michigan and Oklahoma bidding for his talents.

Big outside pass-catching target in line for a breakout senior season as one of state’s top downfield threats. He is three-star prospect with Pacific-12 Conference offers from Colorado and Oregon State, among others.

A proven shutdown one-on-one pass defender at Eastside Catholic, the four-star junior transferred to Rainier Beach in the offseason, where he’ll also be utilized at wide receiver, out of the backfield and as a return specialist.

Rainier Beach’s challenge of putting together a winning program doesn’t have to do with talent or on-field leadership.

The Vikings struggled to keep a team on the field in the pandemic-condensed season, dropping a division in the Metro League by midseason before forfeiting its final game due to injuries and dwindling roster numbers.

Heading into this fall, Rainier Beach will have speed and athletes tasked with contributing on both sides of the ball. Though the Vikings haven’t answered all their question marks, several key areas have been bolstered.

Gaudiz still has to win the job against returning starter Daizhanntae “Dooka” King. Whoever is named the starter will be tasked with getting the ball to an array of skill guys, namely big-target senior Jaelin Green, speedy junior Nahmier Robinson and blue-chip Eastside Catholic transfer Caleb Presley (older brother Israel Presley was a standout OL, 2019 Beach grad).

The Vikings bring back its five-man linebacker rotation — Jacob Sio and Scottre Humphrey both started as ninth graders. And five-star tackle Josh Conerly Jr. is one of seven of eight linemen in the rotation in the spring returning, including all but one starter.

Undoubtedly, Rainier Beach has talent. It also has recent playoff success mixed in with its down years, having strung together a state title-game appearance (2017) and 3A quarterfinal run (2018).

A varsity roster in the 40s is better than when it dipped into the 20s in the spring, but it’s still on the thinner side for a 3A school. That’s why Rainier Beach is less concerned with putting together a perfect season than it is staying healthy – still poised in nabbing a postseason bid out of the Metro League’s top division.

“If we get in (the playoffs), we’re playing with house money,” Sampson said.