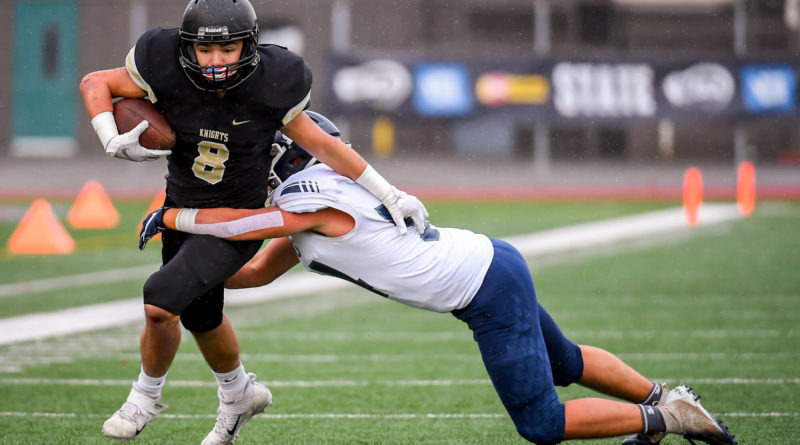 SBLive is previewing the Top 50 high school teams in Washington ahead of the fall 2021 season. Here’s an inside look at the Royal Knights of the 1A South Central Athletic Conference – the No. 39 team in our countdown.

A key cog in the Knights’ defense, Anderson had three interceptions in five games in the spring at safety. Expect him to make more of an impact at WR/TE to help fill the pass-catching void left by Cooper Christensen.

Grew up playing quarterback, and battled for the job in the past with all-state passer Caleb Christensen. The versatile linebacker and wide receiver will now step under center full-time.

Strong, fast standout linebacker in a corps that is the strength of this Knights’ team. Getting him the ball on offense out of the backfield – often – is the key to Royal’s offense.

It’s hard to understate the Knights’ recent dominance. In summary, Royal has:

It’s reasonable to question whether Royal’s death grip on the state may be in the slightest bit of jeopardy after graduating program pillars and all-state players Cooper Christensen (WR/DB) and Caleb Christensen (QB), among others.

But the Knights, the preseason 1A favorites, are still the team to beat.

Think of it less as a turning the page and more as a passing of the torch.

Their strengths will be in the linebacking corps, where Derek Bergeson — an all-state linebacker as a sophomore — and Avery Ellis will lead the defense from the center of the field.

Bergeson takes over under center (with junior Dylan Allred as a capable backup), and will have plenty of skill guys to get the ball to, starting with Ellis, the team’s leading tailback who will command a heavy load of carries all year, and a strong receiving corps with Edgar Delarosa, Luke Bergeson, Jace Allred, and Gunnar Anderson at tight end.

Their biggest question mark is whether the offensive line can hold up.

“We’re quite a bit smaller than years past,” Wiley Allred said.

They return two starters from the spring in center Benji Guadarrama and junior Detton Jenks, and senior Eddie Jimenez has lots of reps at right tackle.