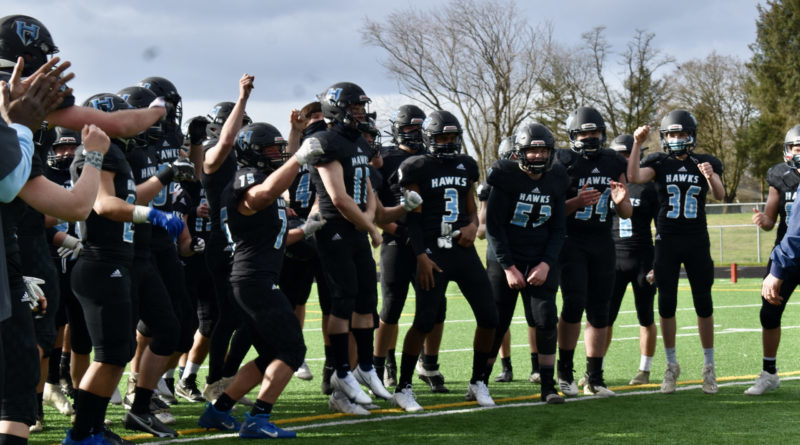 SBLive is previewing the Top 50 high school teams in Washington ahead of the fall 2021 season. Here’s an inside look at the Hockinson Hawks of the 2A Greater St. Helens League – the No. 47 team in our countdown.

He was a force on D as a sophomore, blowing up pass coverage and laying huge hits. After earning first team all-league honors on D (played with a cast), he healed up from an ankle injury this summer and is set to play more running back and slot receiver as a junior.

“Fearless” is the word LeCount uses to describe one of Southwest Washington’s most dynamic all-around players. He’s a hard-hitting defensive back, junior QB Jarod Oldham’s top target and a scoring threat on special teams.

Third-year starter was a part of the Hawks’ repeat state title run as a freshman. Now, the lead-by-example workhorse is a dynamic linebacker — on blitz and in coverage — and will also shoulder more carries at running back to replace graduated RB Daniel Thompson’s production.

After making its mark on the state with an electric offense that brought it two state championships in as many years, Hockinson is entering a new era.

But it’s keeping its old DNA.

Clint LeCount took the reins after 11 years as an assistant coach at Hockinson, the last eight as defensive coordinator, replacing Rick Steele, the architect of the program, and the school’s first coach when it opened its doors in 2003.

A flashy offense may have put the Hawks on the map.

To win, he wants to diversify the offensive playbook — incorporating a balance of schemes to get the ball in the hands of playmaking wideouts Andre Northrup, Kenyon Johnson and Tyler Litle, as well as running back Cody Wheeler.

And he’s keen on bolstering what fueled the Hawks seventh consecutive league title in the spring and what he knows best: defense.

“Our defense keeps us in games regardless of how well our offense was playing,” LeCount said.

Though Steele is gone, much of what makes the Hawks a consistent winner remains, starting with the coaching staff.

LeCount retained every assistant coach, including Josh Racanelli, the offensive coordinator who crafted the Hawks’ aggressive offense that was on display in the 2017 and 2018 state titles. He added Kasey Powers, who has made coaching stops at Seton Catholic, Hudson’s Bay and Skyview, as an offensive line coach, the position group Steele long oversaw.

As Hockinson ascended to state prominence over the last decade, in a Southwest Washington region that is growing and producing more state players, the question is no longer if or when the Hawks will come back down to earth.

Instead, it’s which league power is ready to rise to their level?

Ridgefield was one successful red zone trip away from knocking the Hawks off the top fo the league standings in the spring. The Spudders are back, and talented.

But Hockinson is no stranger to pressure.

“Every year you have to expect that,” LeCount said.