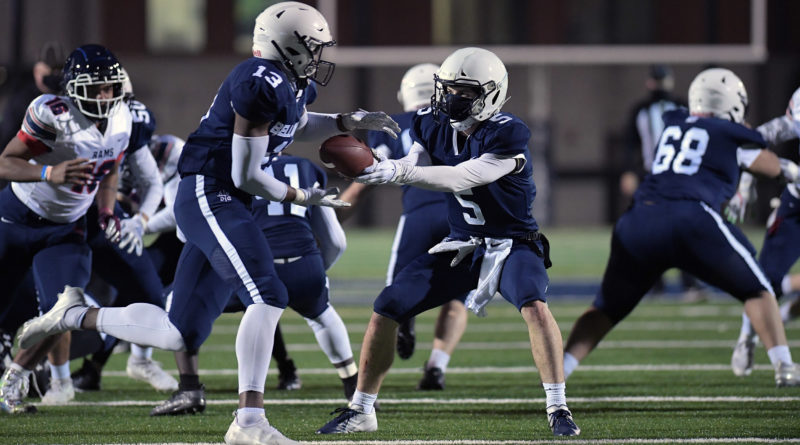 SBLive is previewing the Top 50 high school teams in Washington ahead of the fall 2021 season. Here’s an inside look at the Bellarmine Prep Lions of the 4A SPSL – the No. 48 team in our countdown.

Son of ex-PLU All-American running back Anthony Hicks should lead rushing committee – and could line up in the slot as well.

Lions have two NFL-sized outside wide receivers (May, Ty Faker), but this is the one opposing defensive will likely focus on first.

Arguably team’s best athlete showed he could take a hit last spring, and still deliver big-time plays with his arm or legs.

The bad news? The 4A SPSL won’t be any easier to get through unscathed, especially with No. 1 Graham-Kapowsin in the fold.

The good news? Bellarmine Prep coaches quietly feel this could be the most athletic set of skill-position players the Lions have had in recent memory – and that includes the squad that advanced all the way to the Class 4A state championship game in 2012.

Throw in the fact that the Lions have 22 seniors returning this fall, and it is no wonder many have labeled them the league sleeper that could be a tough out down the road.

That is a much different tune from the spring when Bellarmine Prep was short on final-year talent. It had eight seniors.

“We have some good perimeter guys, and skill guys,” Lions coach Brian Jensen said. “And I think we will be better up front as well.”

It all starts with returning quarterback Tristan Warner, who finished with 752 total yards and nine touchdowns on offense, and had 51 tackles as a rover on defense. He was voted to the all-4A SPSL first team as a junior.

Warner should see the majority of snaps under center. But the team is also high on Payton Faker, who saw some action in the spring as well. He is more of a pure passer – and that could mean Warner sees time at another position.

“It gives us the room to be creative,” Jensen said.

That might be a common theme for this offense: Starting running back Gage Hicks, who spent his junior season in Virginia, could play in the slot (especially after the offseason emergence of backup tailback Dagim Heiser), to pair with inside receivers Bo Hiemsrtra and Jack Opitz.

And with Ty Faker and Tariq May on the outside at receiver, this offense has plenty versatility – and juice.