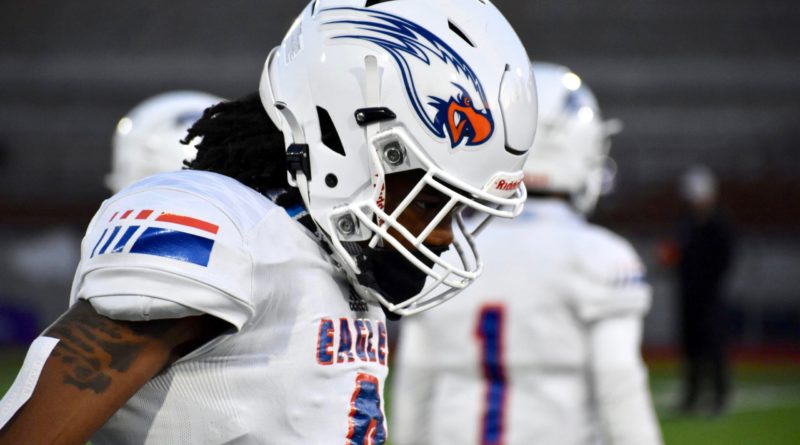 More than 20 months have passed since the last champion was crowned – with the 4A Greater St. Helens League now winning three of the past four 4A titles (two by Camas, one by Union).

This is longtime coach Eric Kurle’s once-in-a-generational team – one that is the undisputed 4A favorite in 2021. The two biggest reasons why? The Eagles have a decisive advantage on both lines, led by UW commit Vega Iaone (UW commit) and the Hill twins, and arguably the best quarterback in the state in dual-threat Joshua Wood, who showed the poise of a 10-year veteran during his debut last spring. 4A SPSL champions loaded for bear.

Winners of 46 games in a row against 4A Wesco opponents, the Vikings could be the best challenger to state favorite Graham-Kapowsin. And the reason is they have the athletes in space to create massive headaches. The offense is rich with firepower – multiple D1-offered RB Jayden Limar is a home-run threat; WR/DB Drew Carter plays like his long hair is on fire; and new QB Grayson Murren could be the state’s breakout performer.

Similar to their 2018 4A state title-winning group, the Titans have the type of playmakers to keep defensive coordinators up at night. Notre Dame-bound speedster Tobias Merriweather will have teams focusing game plans on slowing him down, which should free up jittery slot WR Marcus Cantu, who had more than 200 yards receiving in the final game of the spring, as well as sure-handed RB Jayden Jones. Union’s biggest question is at quarterback.

Good news for defenses – all-time Washington prep passing leader Sam Huard (13,214 yards) and the crew have gone off to college. Bad news? The Lancers’ Air Raid attack should still score enough with QB Mason Hayes, who is in his third year in the system, and threw for 15 TDs in three games last spring. WR Lamont Richardson will be a go-to threat, and should be fine to handle a do-everything role. Still a very talented roster.

If you ask longtime coach Keith Ross which team best matches up with powerful Graham-Kapowsin – he says his group does well. Sumner’s physical defense returns eight starters, including LBs Peyton Wing, the 4A SPSL’s reigning MVP, and Eric Buck. Wing is also the leader of the rushing attack. If dual-threat QB Bo Carlson can step up – and stay healthy – the Spartans have enough talent and swagger to ruin anybody’s party.

Even in what might be a down year – never take your eyes off the formidable 4A KingCo. The Cougars have an experienced offensive line, led by Oregon State commit Luke Vincic, to fuel a power rushing attack (coaches are high on new workhorse RB Bryce Kooy). But who will replace productive QB Andrew Sirmon? Mid-summer Hawaii transfer Logan Lacio has quickly made a good impression on the coaching staff.

The Holcomb-quarterbacking era has concluded. So has the coaching tenure of Gary Jeffers. So why are people high on the Vikings? They still have dudes, including returning RBs Zaire Ford and Ryan Cramer, and explosive WR Jordan Dwyer – and a pair of college-bound linemen in Dave Iuli (Oregon commit) and Tyler Lawrence. New QB Micah Balzarini has the arm strength and understanding of the offense to be an instant contributor.

Last spring, all-state RB Ryan Black battered defenses in the Grizzlies’ physical rushing attack. What now? Coaches like this set of wide receivers so much, led by Cooper Jensen and Jadon Claps, that whoever emerges from the quarterback battle between River Lien and Caleb Koffler should have ample opportunities to throw. C Jacob Erickson, a three-year starter, will also help in that transition to a new signal caller.

The eastern Washington contenders behind Gonzaga Prep are a crapshoot, but what gives the Bears the edge? The Abshire backfield brothers – Luke (QB) and Zach (RB). Few quarterbacks have Luke’s arm strength, and coach Ryan Butner thinks nobody is more talented. And Zach’s combination of speed and style make him difficult to bring down. Stout defensive front is highlighted by experienced linebacker corps