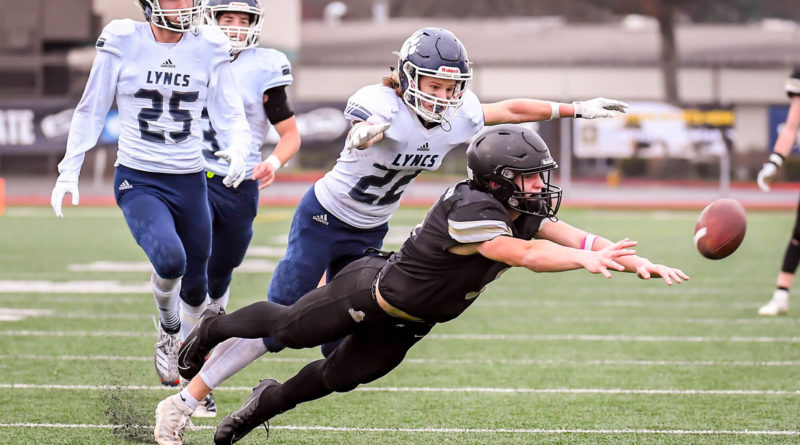 Ahead of the start of what is set to be the first full high school football season since 2019, SBLive surveyed the Washington high school 1A football landscape and compiled a comprehensive look at the state entering the 2021-22 season.

The Knights are still the gold standard. The 2019 state champs must replace key pieces in program pillars Caleb and Cooper Christensen, but return a team whose strength is on defense. That starts with two reliable two-way leaders in LBs Derek Bergeson (who will step under center) and Avery Ellis (also a running back).

Caden Jumper might be on the University of Washington roster already, but the Cruisers bring back enough to challenge Royal — including 15 starters (seven on offense, which averaged 43.8 points per game in the spring). There will be plenty of senior leaders, but they are led by 6-foot-6, 270-pound junior Kyle Cox, the 2A SPSL lineman of the year in the spring, and is a rising recruit nationally.

After a 2019 state title run, the Lyncs were looking like bona fide 1A state contenders again in the shortened spring season. And while they replace the lion’s share of their starting lineup, a talented group of newcomers — headlined by big-bodied first-year starting QB Will Colwell (6-4, 195 pounds) and even bigger-bodied TE/DE Kade Eldridge (6-5, 235) — will be tasked with a difficult early-season schedule.

It pays to move the football, and the Eagles have the size and experience on the offensive line, as well as hard-nosed RB Carson Riner that will allow them to move the chains. What makes this Connell team even tougher to slow in a deep 1A SCAC? Don’t be surprised if sophomore QB Maddox Martinez utilizes his versatility and sound pass protection to incorporate some run-pass option.

What the Mounties lose in experience, they make up in unproven — yet talented — pieces that should fit nicely in coach Ron Lepper’s Wing-T. That starts with RB Jesse Sande, who rushed for more 107 yards per game in the spring (per WhatcomPreps) and leads a stable of capable rushers, and NCAA Division I prospect Davin Beason, who holds down the OL at center and commands the defense at ILB.

Don’t let a shortened spring schedule marred by COVID-19 fool you. The Leopards, who return nine starters on each side of the ball, are tough — and that tone is set QB Clay Delp, a four-year starter who has masterfully led Zillah’s transition from a Wing-T to a spread offense. Bruising all-SCAC MLB Brayden Flood leads a defense that could separate the Leopards in a top-heavy conference.

The Wildcats return playmakers – starting with one of the top in the state in 6-foot-2, 205 pound WR/SS Jason Grant, shifty QB Joshua Perez and a junior-heavy running back corps that coach Jason Smith calls “tremendous,” featuring Seth Ordaz, Anthony Ozuna and Timmy Torres, which should compensate for having to replace 29 seniors.

After losing a strong senior class and multi-year two-way program pillar Tom Lambert (QB/LB), the Wildcats turn to WR/SS Darren Cepeda (“He throws a really nice ball,” Wildcats coach John Lambert said.) to take over under center — and an experienced offensive line to showcase his speed. La Center has won four of the past five 1A Trico League titles.

There’s momentum building in Chattaroy. After winning the 1A Northeast league in the spring, and soundly defeating Lakeside of Nine Mile Falls along the way, the Rams return a stout offensive line (Jackson Schumacher, Hunter DePriest and Brock Martin lead the way), a strong preseason league MVP candidate in QB/OLB Silas Ng and lots of depth.

They’ll be young – with a lot to prove. After a dominant spring, Montesano must replace 16 seniors (including two-time league MVP Trace Ridgeway). It doesn’t help losing its top returning playmaker, wing back Isaac Pierce, to an ACL tear. Can the Bulldogs find playmakers in capable first-year starters to address their question marks?