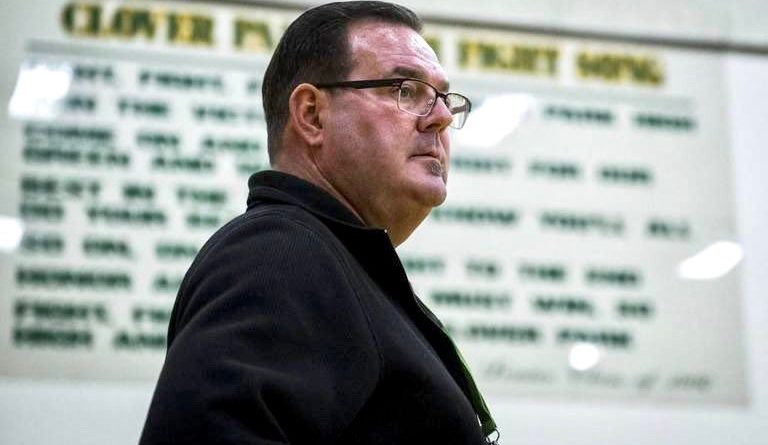 In the words of Mel Ninnis’ son, Ryan – the longtime Clover Park High School basketball coach was about “faith, family, sacrifice and service.”

Those attributes made the WIBCA Hall-of-Famer one of the most beloved coaching mentors in the South Sound – in any sport.

Ninnis died Tuesday morning after a short battle with bladder cancer, with his family by his side at the Franciscan Hospice and Palliative Care center in University Place. He was 65.

“We are devastated by this loss,” Ryan Ninnis said. “But we are going to get through this.”

After a short stint as a Timberline High School assistant, Mel Ninnis was hired to lead the Clover Park program in 1995.

But Ninnis’ impact went well beyond the game of basketball. His spirit for humankind was not difficult to detect.

“He had the magic touch,” said Tahoma boys coach Rick Tripp, who had a few battles with Ninnis’ Clover Park squads when he was at White River High School. “For me personally, he always asked about my family, whether it was good or bad. His genuineness was amazing.”

Late in the COVID-delayed spring basketball season, Ninnis began suffering excruciating back pain. That is when the cancer was discovered – and a stage-4 prognosis delivered.

Three weeks ago, when Ninnis was hospitalized at St. Joseph Medical Center in Tacoma, hundreds gathered outside for a prayer vigil honoring the coach.

“We are so overwhelmed by the support and love,” Ryan Ninnis said. “We were hoping to get him home, but with how aggressive the cancer was, it did not work out that way.”

Mel Ninnis had been transferred to the hospice center over the past week, and had not been able to communicate over the final two days.

“His body began fading away,” Ryan Ninnis said. “We prayed for God to heal him massively or take him home.”

A public memorial will be held sometime in the near future, Ryan Ninnis said.

(Photo courtesy of The News Tribune in Tacoma)