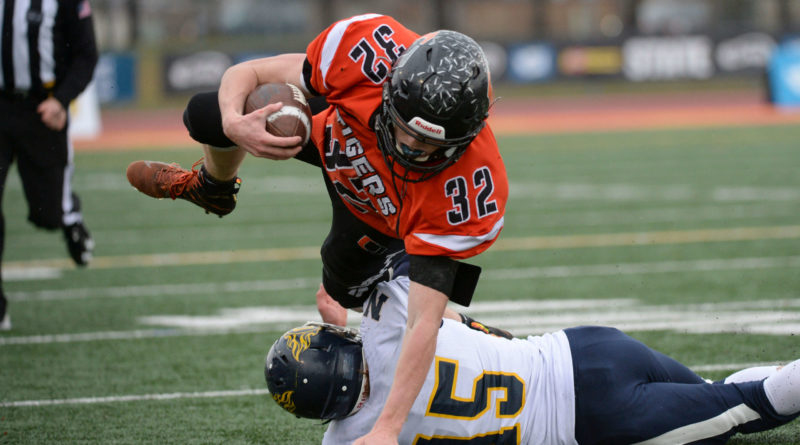 More than 20 months have passed since the last state champion was crowned. And it’s been nearly three years since the crown has belonged to a team not named Odessa.

Ahead of the start of the 2021-22 school year, SBLive surveyed the Washington high school 8-man football landscape and compiled a comprehensive lookout the statewide landscape entering the 2021-22 season.

Program pillars Tim DeWulf, Jett Nelson and Pilot Wisehaar might be gone, but the cupboard is far from bare for the winners of their 32 last games (including two state championships). Dynamic junior QB Collin Martin has a host of running backs and a senior-dominant line that will make the Tigers hard to stop.

The Rangers return a load of experience — 11 total starters — and maybe the most productive back in the state over the past two seasons in RB Bishop Budnek, who racked up a combined 2,886 yards on 16 yards per carry as a sophomore and junior.

It’s the Patriot’s first full season back playing 8-man, and though record-shattering receiver Aiden Lesser is graduated, standout junior QB Keegan Bishop still has plenty of weapons to throw to, starting with Connor Newell, Ryan Dysland and Trevor Newell. Coaches expect Bishop — who threw for 1,765 yards in four games as a sophomore — to break the school’s single-season passing record this fall.

Dynamic playmaker Duncan Toby will have the ball in his hands a lot — with plenty of athletic pieces around him, like DE Sampson Bumate, and hard-hitting RB/LB William Elzey. The biggest question mark for the perennial playoff team that returns all but two starters? Quarterback. Coach Jim Sandusky hasn’t named a starter, but one intriguing name to watch: incoming freshman Tucker Rawlins, who has spent time working with Ferndale great Jake Locker.

Do-it-all program pillar Jimmy Strange may be gone, as is longtime coach Jeff Eaton, but the Comets, winners of 19 of their past 20 games, will be in great shape with RB/LB Joey Strange moving under center and bruising HB/OLB Kolten Lindstrom healthy after breaking his ankle in the spring. Plus, new coach Kevin McNulty (previously at Ilwaco, Sequim and White River) brings an impressive resume to his alma mater.

Keep an eye out for Pomeroy, perhaps this season’s state darkhorse. The Pirates are experience-laden, explosive, run a deceptive single wing-T, have a bonafide state player of the year candidate in do-it-all QB/OLB Trent Gwinn (the program’s all-time leading scorer) and a defensive line led by a future program pillar, sophomore Trace Roberts.

The Red Devils were young in 2020-21, and still nearly etched out a bi-district title in May, losing in a 38-36 shootout to Lummi. Expect Neah Bay — a state playoff mainstay out of District 3 that won it all in 2016 but last made a playoff appearance in 2018 — to continue to be factors this fall.

The Wildcats return eight starters, headlined by 6-1, 205-pound all-purpose QB/LB Peyton Michel, a two-way all-league selection who will have plenty of weapons to get the ball to, including backfield duo Wrangler Wagner and Hunter Sanderlin — both of whom will carry a significant load in a run-heavy offense.

RB/TE Aaron Kjeldgaard will be back as a key cog, and QB Joe Baffney is expected to be a high-volume trigger man in a good offense. The Irish could compete for the top position in the 1B Southeast League with talent-laden No. 4 Liberty Christian, but will face a tall task before that league title race kicks off: opening at No. 1 Odessa.