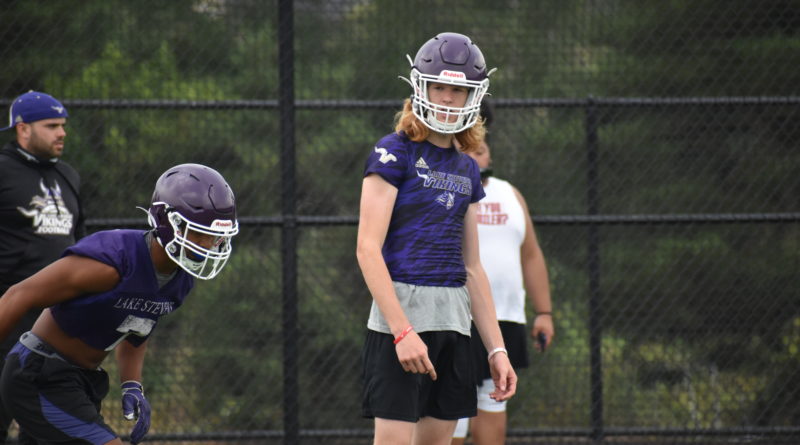 ARLINGTON – After three runner-up finishes in the past, 4A Wesco king Lake Stevens finally closed the deal at the Lakewood Cougars Championship 7-on-7 Passing Tournament on Saturday afternoon.

Senior standout Drew Carter also caught a touchdown for Lake Stevens, which went undefeated in both pool and bracket play.

Kennedy McGill threw all of North Creek’s three scores, all to different receivers.

Here are highlights from the championship game between Lake Stevens and North Creek: