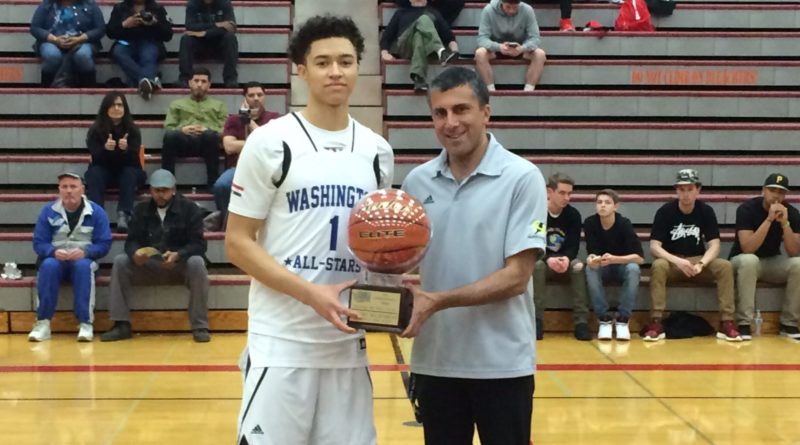 Former Peninsula High School and UC Santa Barbara standout point guard JaQuori McLaughlin signed with the Golden State Warriors after not being selected in the 2021 NBA Draft on Thursday night.

McLaughlin was widely regarded as one of the top undrafted free agents following the two-round, 60-pick draft and it didn’t take him long to find a home. The specifics of the deal, first reported by ESPN’s Adrian Wojnarowski, are unclear.

McLaughlin was named Big West player of the year and Big West Tournament MVP and averaged a career-best 16 points, 5.2 assists and 3.5 rebounds per game on 48.8 percent shooting and 40.8 percent from 3.

He had another year of eligibility left, but opted to declare for the NBA Draft after leading the Gauchos to the NCAA Tournament and nearly a first round upset over Creighton.

The guard was considered by some a sleeper to be selected Thursday night. He underwent 26 team interviews and worked out with 18 franchises ahead of the draft, McLaughlin shared on social media.

At Peninsula, he was named “Mr. Basketball” by the state coaches association playing under coach Jake Jackson and still holds 13 school records. The four-star recruit helped the Seahawks to a program-best 21 wins and a state playoff berth for the first time in eight years as a senior.

McLaughlin was ranked the No. 2 player in the 2016 class out of the state of Washington, according to 247 Sports. He played one season at Oregon State before transferring to UCSB.