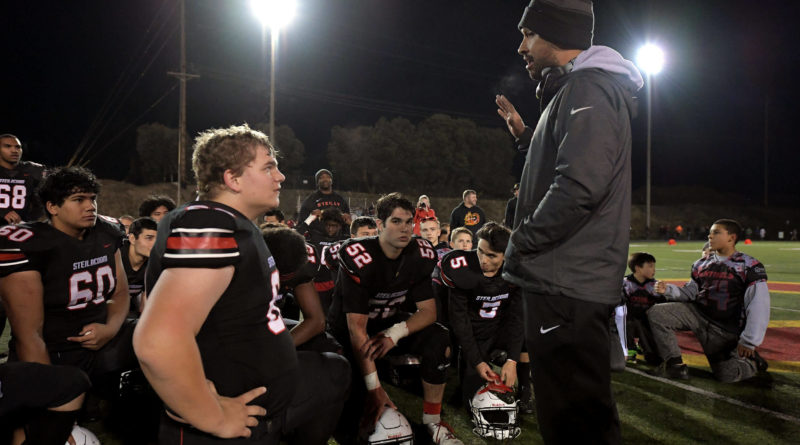 With the start of the 2021 fall WIAA football season only weeks away, another established coach of a state championship-caliber team has decided to make a quick-twitch move to the college ranks.

Colby Davies, who led Steilacoom High School to its first Class 2A title-game appearance in 2019, resigned Tuesday to take an assistant-coaching position at Portland State University.

Both will work under Vikings’ offensive coordinator Matt Leunen – with Eagle coaching the quarterbacks, and Davies now in charge of the tight ends.

Davies, 34, said he had been in informal discussions with the university for a couple of months, and has struck a really good relationship with up-and-coming assistant Skyler Fulton, a Capital High School graduate who was on Dirk Koetter’s staff as an NFL wide receivers coach with the Tampa Bay Buccaneers before coming to Portland State in 2019.

“We finally figured out how to make it happen,” Davies said.

In fact, Davies got a phone call from Barnum on Tuesday night, extending a job offer. By Thursday afternoon, he was down in Portland starting his new position with a crash-course study of the Vikings’ roster – and spread offense.

Davies said the down time during the COVID-19 pandemic gave him time to reflect on what he next wanted to accomplish in coaching. He was 33-7 in his four seasons at Steilacoom.

“It’s like, once you set a goal and reach it, you set another goal,” Davies said. “And that was coaching at the college level.”

Davies called the team meeting with Steilacoom players on Wednesday night to tell them he was leaving “one of the toughest I’ve had.”

“Honestly, two weeks ago, three weeks ago, I was not sure this opportunity with Portland State was going to happen,” Davies said.

The school is expected to name an interim replacement as early as next week, Davies said.