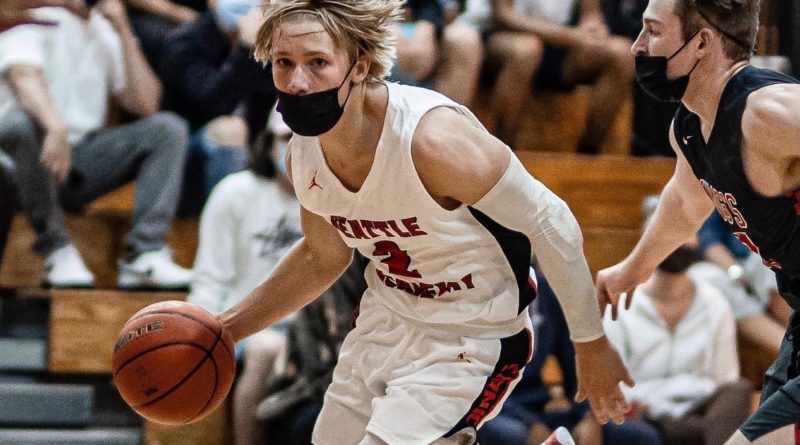 Leo DeBruhl’s journey to finding a college was a long, winding path defined by its speed bumps.

After being kept him off the court during the pandemic during a key stretch of his recruitment, which led to a plan to play a post-graduate year at a prep school in Florida, DeBruhl’s path is set to take him to Davis, Calif. The 6-foot-3 Seattle Academy guard committed to UC Davis this week in the class of 2021, mere weeks before he is expected to report to campus.

“I thank all (my coaches) in these type of moments, because they’ve done so much for me,” DeBruhl said.

He was a program-changing guard at Seattle Academy, and helped lead the team to the 1A state tournament as s sophomore, state semifinals as a junior and a 16-1 record and runner-up finish at Cedar Park Christian’s unofficial 1A state tournament in June. As a senior, he averaged 22.1 points, six assists, six boards and shot 40 percent from 3-point range.

“To be the guy who clearly wants to win more than anybody else, it’s something coaches always want in a program, and players start to gravitate toward that, too, and start to feel that energy in games, willing to do whatever it takes type of mentality,” Seattle Academy basketball coach Shaun Burl said in May. “He had that at a very young age … if you have that in your program, you can build around it.”

DeBruhl previously held an offer from Seattle University and endured what coaches around him believe was a recruitment with fewer opportunities due to the pandemic’s impact on NCAA eligibility and limited Division I roster spots.

An SBLive all-classification first team all-state point guard in the spring, DeBruhl graduated high school and had planned on reclassifying to 2022 and heading to Montverde Academy in Florida to play for the powerhouse program’s post-graduate team. He’s played club ball ever since the high school season ended in hopes of putting himself on coaches’ radars for the following year.

UC Davis coach Jim Les saw DeBruhl play during in a Hoop Circuit grassroots tournament July 16-18 in Portland — a trip the coach planned last-minute, DeBruhl said. Les reached out to DeBruhl on Twitter after the tournament and arranged a zoom call with his entire family.

DeBruhl said the head coach outlined his vision for him to step in as a facilitator and contribute as a facilitator right away. The Aggies point guard Damion Squire transferred to Portland State in the spring after averaging 11.5 points, 3.5 boards, and 2.9 assists as a junior.

And Les, an NBA point guard for seven seasons in the late 80s and early 90s, outlined to DeBruhl he wanted him to be an Aggie, not in the class of 2022, but rather in a few weeks.

“He told me when he was my age, I’m so much bigger, stronger, more athletic than he ever was, and that he can take that and teach me so many things. He did exactly what my biggest goal is (play in the NBA). I can learn so much from him, because he was my position and a similar player as me.”

The Aggies, who feature former Selah standout Elijah Pepper, went 10-8 and finished fourth in the Big West in 2020-21.

Related: How Leo DeBruhl found inspiration amid emotionally taxing year: ‘Every time I play basketball, I’m reminded of her’