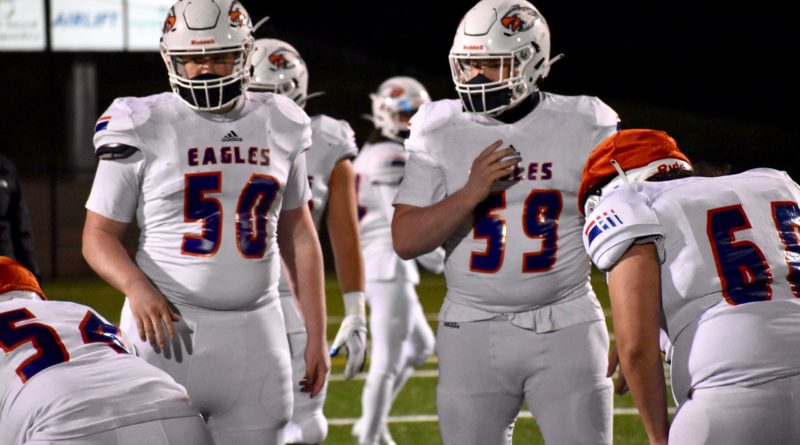 Starting next season, Idaho State University should have a nice country squeeze in its football program.

The Bengals completed a large haul of across-the-border prospects this week, getting verbal commitments from a trio of Graham-Kapowsin High School standouts.

And these are no ordinary FCS appointees. They are impact players for the preseason Class 4A state favorites.

Country-strong twins brothers Hunter and Curtis Hill, who are defensive linemen, and wide receiver Julian “Juice” Mason are three-star recruits, according to 247Sports.com, who rank inside the top 35 in Washington for the class of 2022.

“Idaho State is getting top value with all of them,” Graham-Kapowsin football coach Eric Kurle said.

Perennially underrated, the Hill brothers anchor the interior of the Eagles’ defensive line. Both are big, nasty and play with the leverage of elite wrestlers.

Both Hill brothers said getting an opportunity to play together past high school is more of a “bonus” than a mandatory request in their recruiting.

“It was definitely a big influence,” Curtis said. “It’s easier for him, me and our entire family.”

Both were offered scholarship in April – and visited the Pocatello campus in late June.

“Just the way everything looked, it is small but it is a growing community,” Curtis said. “I could definitely see myself living there.”

Last Thursday, the siblings called Idaho State coach Rob Phenicle to tell him they were both committing.

“He was hyped,” Hunter said. “Now we are done with the hard part, so we want to go have fun this year.”

Mason’s recruiting development with Idaho State unfolded a little bit later in the process. After he was one of the top wide receivers at the Bengals’ camp in late June, the university offered him.

And last week, almost on a whim, he called the coaching staff first to tell them he was all-in, then reached out to the Hill brothers to encourage them to do the same.

“I told them if we went to the same college, that would be awesome,” Mason said. “We’ve played together since the seventh grade.”

Fewer wide receivers in the region have seen their stock skyrocket this spring like Mason, who caught 28 passes for 500 yards and six touchdowns in five games as a first-year starter for the Eagles. He also was a standout at the Ford Sports Performance-Heir all-star game at Chief Leschi High School after the season, then was the MVP of the 2021 “Battle in Seattle” 7v7 tournament in late May.

“I’ve just been staying ready, stepping up in workouts and making sure my body is ready,” Mason said. “You only get so many opportunities to show yourself.”