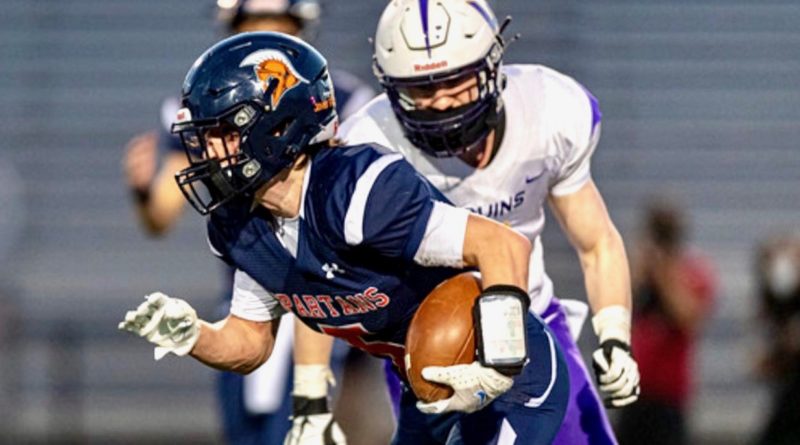 The last time anybody in Washington heard from Gage Hicks during the winter, he was attempting to circumvent a potentially-perilous 2020-21 WIAA football season by leaving Bellarmine Prep for an out-of-state program.

With the COVID-19 pandemic threatening to halt all high school athletics in Washington, a handful of teenagers opted for alternative elsewhere, ranging from moving to Idaho, to Arizona, to Montana, to South Dakota, to Iowa – and yes, even as far east as Hicks went in transferring to West Springfield High School in Virginia.

So how did it work out for the class-of-2022 prospect?

“I feel like it was the best move I could have made,” Hicks said.

After four short-lived months in Virginia, Hicks returned to his native state – and has re-enrolled at Bellarmine Prep. He is set to take on a heavy workload this fall playing both ways at running back and safety for the Lions.

But, as Hicks – the son of former Pacific Lutheran University All-American fullback Anthony Hicks – points out, there was nothing simple about surviving an up-and-down junior year.

He finally decided to make the move to West Springfield in late January, and started training camp a few days after he arrived.

“I tried to make the most friends I could, but only got tight with a few guys because I did not want to go there and become attached to it – and then leave and feel guilty about it. The guys I met I knew would understand my situation.”

Hicks’ first day of Virginia football was played in the snow.

“It was intense and a lot more energetic,” he said. “It really set a standard.”

All Hicks said he did was work out and train for football, do homework and rest up at his aunt’s house.

“After I proved I knew what I was doing … pretty much I was the guy the coaches used for whatever was on the agenda for that week,” Hicks said.

The 5-foot-10, 190-pound newcomer primarily played defense, starting the first couple of games at safety before moving to more of a rover position for the third-week showdown against defending state champion (and District 4 rival) South County.

In his only season, Hicks led the team with 40 tackles, including one sack. He forced a fumble, and recovered a fumble as well.

And, oh yeah – he matched up in a game with the state’s top recruit (and top-15 nationally) – Robinson Secondary offensive tackle Tristan Leigh, who signed with Clemson University.

“Man, he was a big guy,” Hicks said with a chuckle. “They ran the Wing-T … and he would come up on a block and I would take him on. I took him to the ground a few times.”

Hicks also got to experience a first in his prep career – a state playoff game. The team lost in a rematch with South County in the opening round, 47-24.

After the season, Hicks was voted an all-District 4 first-team linebacker – and was honorable-mention all state.

“It was a different experience – kind of forward, I guess,” Hicks said. “The coaches were really cool with me. They knew I could come up and make plays. They knew if they put me in, I could get the job done

“They were good coaches who taught me a lot.”

But, it became apparent that Hicks’ heart was back in Tacoma. He has rejoined his old teammates in summer workouts, and is preparing for a big senior season.

“I always wanted to come back, just because I wanted to graduate from Bellarmine Prep. I love the school so much,” Hicks said. “I will admit, a few times I second-guessed (coming back), but during being in the school (West Springfield) itself, I did not fit in. It was such a huge school, and I don’t like getting caught in the wash.”