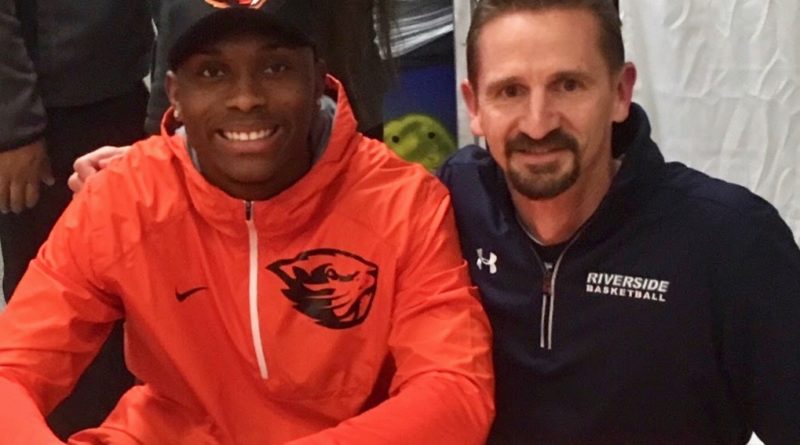 Kevin Olson has accomplished just about everything he can coaching boys basketball in the state of Washington.

He was an assistant coach when Decatur High School advanced to the Class 4A title game in 1996. As the head man for the Gators, he led the school to a state semifinal berth in 2008. A year earlier, he captured his lone West Central District championship. He guided three Decatur squads to 4A South Puget Sound League crowns. He’s been the league’s coach of the year numerous times. He’s won 266 career games

But the two things left on his checklist he’s hoping he can wipe out at his next stop – Puyallup High School.

Olson, 49, was hired in late June as the Vikings’ new coach, replacing Cliff Owens, who led the program on an interim basis last spring after longtime coach Scott Campbell stepped down in December.

Olson just finished his seventh season at Auburn Riverside (71-75 record) – after going 195-145 in his 14 previous seasons at Decatur.

Unlike his past two stops, Olson takes over at a school that is the clear-cut top dog athletically in a multi-school district. And he knows this is a program that draws enough talent consistently to make a run at a state title.

“I said if I left for another job, I’d either go to a single-high school district, or to a flagship school,” Olson said.

The move made sense from a family standpoint, too. He lives in Edgewood, and his twin children are entering their sophomore years at Fife High School.

“They all wanted me to do it,” Olson said.

It was a bit of a bumpy ride for Olson at Auburn Riverside. He did reset the school’s single-season wins mark three times – the last in a 15-9 campaign in 2019-20. But in the two seasons before that, his Ravens won a total of nine games.

Still, those who have coached against the Hudson’s Bay High School and Pacific Lutheran University graduate know how well-disciplined Olson’s teams are.

In fact, when Olson got the job, the first three coaches to call and congratulate him are the 4A SPSL’s longest-tenured men in charge – Bellarmine Prep’s Bernie Salazar, Curtis’ Tim Kelly and Emerald Ridge’s Pat Mullen.

“It’s exciting to be back in the SPSL,” Olson said. “All three of those guys, we go way back. We’ve had some great games in the past.”