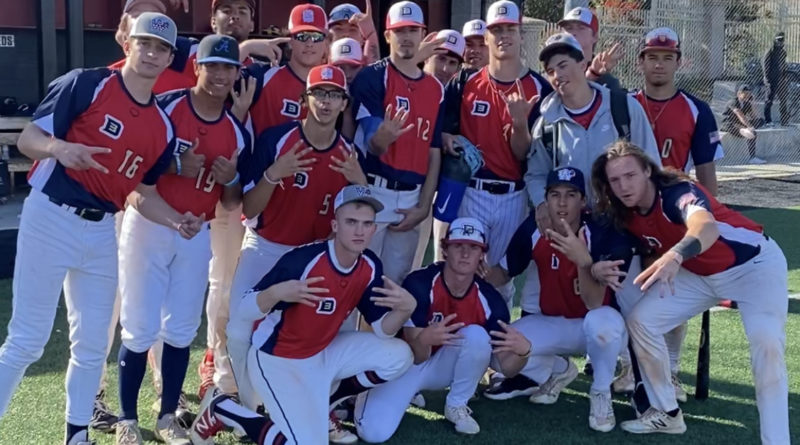 In the early months of 2021, while high school sports up and down the west coast were on hold during the coronavirus pandemic, Malakhi Knight found himself in Arizona, living in a house big enough to sleep an entire team situated across the street from a New York Yankees outfielder.

With him were fellow high school baseball prospects from Washington, Oregon and California — several, like Knight, with enough buzz to be considered in the 2021 MLB Draft. All in all, 36 players circulated through at a time when pandemic restrictions in their home states made playing organized baseball — even at the club level — difficult.

So with the help of several of the athletes’ parents, the group of prospects formed a makeshift club team. Over the course of six weeks, they lived in a large rental house that slept around 25-30 people and played a mixture of Arizona high schools and select teams.

“We played baseball every single day, we trained every single day,” Knight said. “It was a really good experience being in a house with the all the boys, getting closer with them … because we (couldn’t) really play up here.”

MORE: Which prospects from Washington could be taken in 2021 MLB Draft?

For a group of players that had their 2020 high school baseball seasons and many of their typical summer and fall club opportunities canceled during the pandemic’s onset, forming the makeshift Arizona bubble was an effort to create chances to perform in front of major league scouts at a critical time in their development.

The team — named “3D Sweets,” a combination of Arizona-based 3D Sports Performance and Washington-based club Sweets Baseball, of which many of the players were previously affiliated — played a roughly 25-game schedule from late January to early March.

Not all players spent the entire six weeks with the team and the roster fluctuated based on their schedules.

“The deal was to get as many 2021 draft-type guys to play in front of scouts in case we didn’t have a season,” said Bainbridge baseball coach Geoff Brown, who trains/coaches many of the players and spent a week in Arizona watching them.

It also served as an opportunity for the players to get a glimpse of what playing baseball after high school might look like, experiencing online high school classes, non-stop workouts and a travel schedule away from home.

“We tried to create some sort of an atmosphere where it was a stepping stone,” Stan Debiec, one of the organizers and father of Max Debiec, said. “It became a fraternity, slash minor league club, slash college crew.”

Brown said as some 30 scouts would appear at games, sometimes more.

“They definitely felt the exposure,” Brown said. “The scouts could really get a good feel of what these guys were like … even now, (scouts are) like ‘man, so-and-so is getting better.’ ”

They also received world-class instruction. The team was coached by 3D Performance director Dominic Robinson, a former Florida State baseball player and punt returner for the St Louis Rams. Former Oregon State coach Pat Bailey, who was a part of the program’s 2018 national championship run as well as a Division III national title at George Fox, also circled through.

Now, about that Yankee.

Shortly after the team moved in, they discovered they were neighbors with Yankee center fielder Aaron Hicks.

When some of the boys struck introduced themselves to the 31-year-old nine-year MLB vet, Hicks gave them his backyard gate code they could use his batting cages, sport court and even a lazy river while he was away.

Knight was especially familiar with Hicks because his father is a big Yankees fan.

“He was super nice and welcoming,” Knight said.

“It was really cool.”

As the six weeks progressed, the schedule was about as consistent as Groundhog Day. Players woke up and logged on to zoom classes, hit in Hicks’ cages, loaded up on protein, lifted in their back yard — complete with squat racks and a full weight set — and spent nights bonding by playing poker.

Of course, players like Knight, who is projected to be chosen in the 2021 MLB Draft on Monday — by some as high as the second round — embraced the opportunity to face high-level pitching and play some of Arizona’s best high school teams, as well as a road game at California power JSerra. (Since the 3D Sweets roster was much more talent-laden than the typical high school, Knight said teams put them on the schedule with extra motivation to knock them off)..

But he’ll most remember the bond he formed with his teammates, many of whom entered the experience strangers or loose acquaintances and left close friends.

“It’s definitely going to be a story we bring up to our kids in the future,” Max Debiec said.

Added Knight: “It was a once-in-a-lifetime thing that happened to us.”