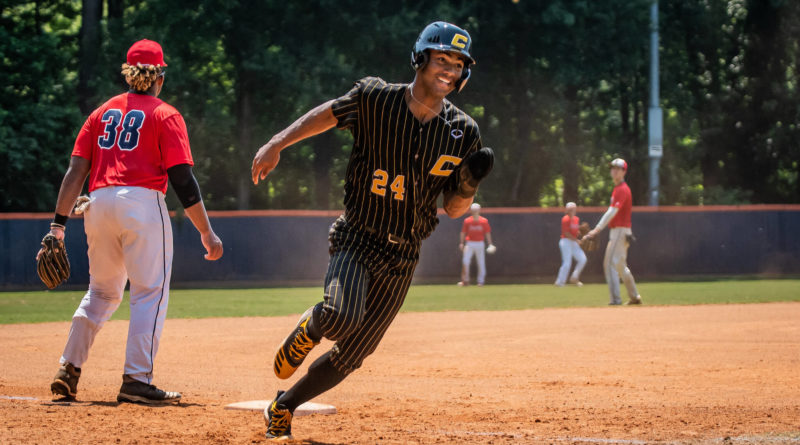 Recent Marysville Getchell graduate Malakhi Knight, a projected high-round selection and the top prospect from the state of Washington, has withdrawn from the 2021 MLB Draft and will play for UCLA, he announced Sunday night.

“I felt like it was the best choice for me,” Knight told SBLive Monday morning. “There was a chance I wasn’t going to get the (signing bonus) I wanted, so UCLA is the way to go.”

Knight was not chosen in the first round on Sunday. He was projected as a second day pick, by some as high as the second round. MLB.com lists Knight as the No. 95 ranked prospect in the draft. Baseball America slots him as the 39th best prospect available after the first round.

Knight and his adviser, Joe Urbon of Creative Artists Agency (CAA), spent much of Sunday on the phone with teams and heard he could have been taken as high as mid-second round. The 6-foot-3, 185-pound outfielder gave teams a dollar amount for the signing bonus he was looking for to entice him to sign a pro contract instead of going to UCLA. He opted not to disclose his asking price.

“I was talking to a lot of teams, and my adviser was (too),” Knight said, “and we just based our decision off of everything we got back.”

Knight participated in the first-ever MLB Combine, which took place over the course of a week in late June. He was put through everything from strength and conditioning tests, to vision testing, to live games. He declined invites to private in-stadium workouts to several MLB teams.

The feedback Knight received from from pro scouts in recent weeks has centered around his athleticism and hitting.

“Teams love my athleticism, that I’m a two-sport athlete,” he said. “There’s a lot of things I can improve on — hitting, fielding. I get a lot of different (feedback). Main thing is just getting more consistent with my hitting.”

His decision to play Power Five college baseball means he’ll be eligible for the draft again after his junior year. His goal is to be a first round pick next time around.

Knight has yet to survey any financial opportunities related to the NCAA changing its name, image likeness rules — which now allows college athletes to make money off of endorsements, among other things — and said while the rule change was not a factor in his decision to play college ball, it was “definitely a plus.”

Knight committed to the Bruins in December after decommitting from Oregon State following a coaching shuffle. His withdrawal is a big boon for the Bruins, who also got back 6-foot-4 right-handed pitcher Thatcher Hurd. Hurd, a projected second round pick and a club teammate of Knight’s last winter, also rescinded his name from the draft Sunday.

“It’s a super great program,” Knight said before the draft. “I’m committed there for a reason.”

With Knight off the board, the next in-state prospect projected to be taken was O’Dea 6-foot-7 right-handed pitcher Max Debiec. But the Washington commit underwent Tommy John surgery on June 22, calling into question whether he would be drafted — or even choose to sign if he predictably slid. Debiec and Knight have the same adviser (CAA’s Urbon).

Rounds 2 through 10 are chosen on Monday beginning at 10 a.m. (P.T.). There are several more Washington high school products who could hear their names called in the remainder of the 20-round draft.

Knight will finish out the summer playing with the Bellingham Bells of the West Coast League and report to UCLA in the late summer/early fall for his freshman year, with his eyes set on helping the Bruins make a deep College World Series run.

“I think we have a chance to do something really special,” he said.