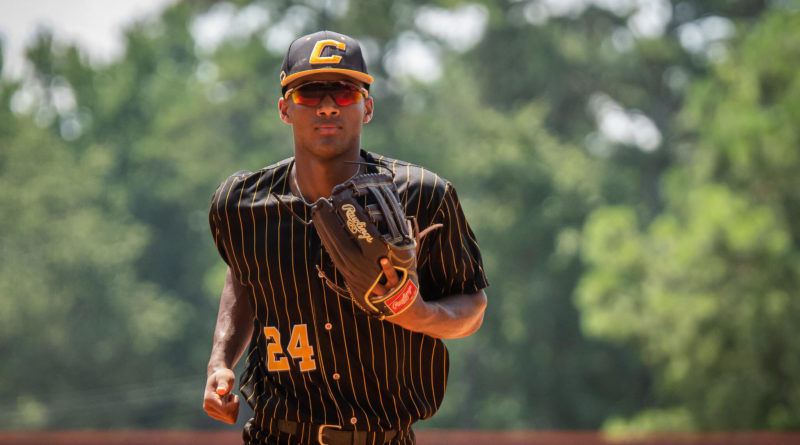 The 2021 Major League Baseball Draft is back and more expansive than last year’s, which was shortened from the usual 40 rounds to just five due to COVID-19.

There will be 20 rounds in this year’s draft, which starts on Sunday and will take place at the Bellco Theatre in Denver, Colo., in tandem with the All-Star weekend the city is hosting. Here is a look at six names you could hear selected in the MLB Draft, according to NBC Sports baseball prospect analyst Christopher Crawford.

Skinny: Of all the in-state products — out of both high school and college — Knight is projected to hear his name called first. He’s a very athletic power hitter who has has showed out on the national stage throughout the past year, playing summer ball with the nationally-competitive club the Canes, as well as appearing in the Perfect Game All-American game. He returned to finish out his final high school season at Marysville Getchell, where he leaves as probably the best athlete to come out of the school since its 2010 opening.

Draft projection: Second to fourth round.

Christopher Crawford quotable: Crawford likes how Knight projects as a power hitter. “He has plus (or 60-grade on the 20-80 scouting scale) power, and his speed gets similar grades as well. The question mark with Knight is whether he can hit for average; there’s length to his swing and that could lead to some swing-and-miss at the highest level.”

Skinny: Debiec’s draft projections changed when he underwent successful Tommy John Surgery on June 22,  a setback deemed necessary when forearm tightness lingered throughout the winter and the spring, during his senior season at O’Dea. It’s certainly a setback for the right-handed Washington commit, who was projected by some to be selected in the first few rounds. Debiec throws hard with a fastball touching 97 miles per hour before his injury. Even post-surgery, Crawford calls him one of the “most interesting prep pitchers to come out of Washington state,” even after his surgery.

Draft projection: “Someone who falls in love with the potential could take him in the first five rounds, but again, because of the injury, he’s one of the most volatile prospects in the class,” Crawford said.

Christopher Crawford quotable: “He has prototypical size in terms of height, and he should have a plus — if not — fastball by the time he is done. He’s shown a decent slider, and the change is making progress here. The big issue here is repeating the delivery on a more consistent basis, and the fact he won’t be able to pitch until 2022 won’t help that.”

Debiec joined the SBLive Washington podcast in early May — before undergoing Tommy John surgery — to talk about his development and rise to one of Washington’s top 2021 prospects.

Skinny: Like many high school prospects, Deschryver’s draft stock depends on how teams view his ceiling. On a loaded pitching staff at Bainbridge as one of several D-I arms, headlined by high-rising 2022 prospect J.R. Ritchie, Deschryver still managed to show why he’s one of the state’s top high school arms. He threw 12 innings this spring, going 3-0 with 23 strikeouts opposite three hits and a 1.16 ERA in the team’s district title run. Deschryver’s separator isn’t an overpowering fastball, but instead an elite changeup.

Christopher Crawford quotable: “He has some life to his fastball, and unlike many prep pitchers, you could argue that his changeup is his best pitch. This is not an elite upside prospect, and it might be better for DeSchryver to spend a few years at Gonzaga to improve his draft stock.”

Skinny: Enger’s rise from walk-on to ace at University of Washington has been impressive. Once Bellevue’s quarterback and an all-state pitcher, Enger made the most of his relief appearances as a freshman and sophomore. After last year’s MLB Draft was shortened to five rounds and he wasn’t selected, he returned for the 2021 college season. Now a year later, he’s in position to be chosen, lauded for his size and a fastball that can touch 97 and a nasty slider.

Christopher Crawford quotable: “There’s some question about his upside because his slider and change aren’t consistent pitches, but if they can be even average, Enger can be a starter. If not, it’s not hard to imagine that he is an exceptional reliever.”

Skinny: After Guerrero delivered game-changing moments on the high school stage for coach Bryan Bullock at W.F. West, like his state playoff walk-off in 2017, or his third place game no-hitter as a senior. And his college career winded through Lower Columbia College, to the Palouse and finally to Montlake, where he showed an ability to throw with more power and poise than his stature gives off.

Christopher Crawford quotable: “If Guerrero was a few inches taller, he’d be talked about a lot more … He needs to show more consistency with his secondary pitches and command isn’t a strong suit, but the arm strength is very intriguing.”

Skinny: Guerrero can hit. Like, he can really hit. He’s shown more than just glimpses of his power for 2A power Fife, driving in 15 RBI, five doubles, a triple and two home runs, all while hitting .462 in the Trojans’ 10-game season. He’s popped around defensively, playing shortstop, third and outfield.

Christopher Crawford quotable: “Guerrero doesn’t have a picturesque swing, but it’s hard to argue the results he’s put together. Scouts give him a chance for an above-average hit tool, and while he’s not exactly the biggest hitter in the class, he may have close to that in raw power. The biggest question mark is defense, and that’s why there’s a good chance Guerrero ends up at Washington rather than signing on.”