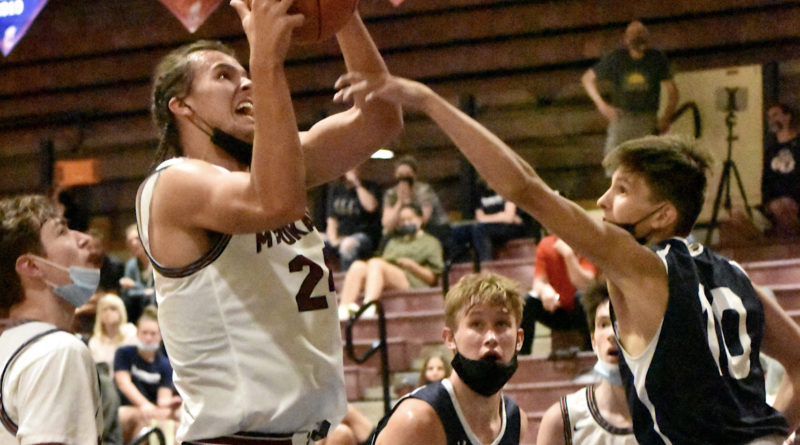 Even in a shortened spring season of WIAA high school boys basketball with no traditional state playoffs, there were plenty of notable team and individual performances around the state of Washington.

Consider this spring Degenhart’s swan song to a terrific high school career. Two years after leading the Wildcats to the 3A state title game as a sophomore, the Boise State-bound forward powered Mt. Spokane to an undefeated season, as well as a Greater Spokane League and East Region title, beating traditional 4A power Gonzaga Prep for the first time in his prep career and current 4A contender Central Valley (twice).

No Paolo Banchero? No John Christofilis? No problem for the future WIBCA hall of famer, who banded the rest of a scrappy, hard-nosed team together and finished atop the Metro League (8-1) in the regular season and one flukey game-winner away from a league title, summoning game-changing performances from a wide variety of players.

BREAKOUT PLAYER OF THE YEAR

First, he grew four inches and packed on 25 pounds when hardly anyone was looking. Then, he took the Mid-Columbia Conference by storm, averaging 22.1 points and helping lead Kamiakin to an undefeated league title.

NEWCOMER OF THE YEAR

Buried on a senior-heavy roster as a sophomore, the 6-foot-7 swingman committed to his own development in the offseason and bursted onto the Metro League scene, averaging 17.6 points, 8.4 boards and 2.1 assists per game on 54 percent shooting.

DeBruhl has undoubtedly elevated Seattle Academy as a program over the past four years. In his final season, after sprouting to 6-foot-3, he’s embraced his bigger body and led the Cardinals to the top of 1A while averaging around 22 points, six boards and five assists while shooting 40 percent from deep, even going as far as playing on a severely sprained ankle in the 1A State Invitational.

He hit the shot heard around the state. The better question is if Division I schools are paying proper attention to the Panthers’ floor general and shutdown on-ball defender, who averaged 20.6 points, 6.1 assists, 4.7 boards and 2.5 steals per game.

As a following act to his 3A state title as a sophomore, Johnson, who is transferring to Wasatch Academy in Utah, averaged 28 points, five boards and four assists in the seven games he played in 2021. He helped the Bulldogs to an 8-4 record, which included a win over eventual Metro champ Seattle Prep where he dropped 40 and hit two (yes, two) buzzer-beating 3s.

His senior season only lasted five games before a back injury prematurely ended the Gonzaga pledge’s high school career. But Perry ended his torrid four-year run with another phenomenal season, posting 29.7 points, 14.5 rebounds and 3.5 blocks per contest.

Here’s one way to put a cherry on top of a prolific high school career: the Washington-bound McDonald’s All-American broke his school’s scoring record (his 1,352 points surpassed Alex Weber-Brader’s 2011 mark) during a 32-point game in the 4A SPSL title game.

He worked so hard in the offseason that a neighboring school gave him a key to their gym when his was closed to due COVID rules. Then he showed for it, averaging 27.5 points, 8.8 boards, 4.7 assists and four steals per game, garnering Big 9 MVP and defensive player of the year honors.

The dynamic, bouncy floor general showed once more he can do a little bit of everything, averaging 29.7 points, 7.3 assists, 7.8 boards and 5.2 steals per contest in Seattle’s vaunted Metro League.

Weeks before Knight hears his name called in the MLB Draft, he capped a stellar high school career with 28.6 points, 9.3 boards, 4.2 steals, 3.7 assists and 1.7 blocks per game.

In a season that started at the state fairgrounds, McDaniel took over the point guard duties full-time and led the Rams to an 11-0 3A PCL title run, all while averaging 27 points, 5.5 boards and four assists per contest.

Averaged around 20 points per game and served as the key cog — on both offense and defense — for a Blue Devils team (12-2) that finished second in the Mid-Columbia Conference and handed 4A Kamiakin its lone loss of the season.