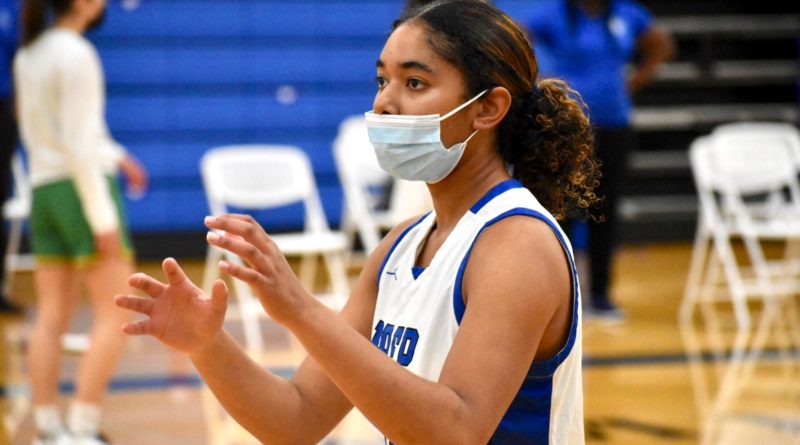 Even in a shortened spring season of WIAA high school girls basketball, there were plenty of notable team and individual performances around the state of Washington.

The talent was never in question. But in 2020-21, this Fresno State signee put it all together and dominated the always-difficult Metro League. Stricklin averaged 19.5 points, 10.0 rebounds, 2.8 steals for the undefeated Panthers – and upped her production in the league tournament (29.0 ppg, 16.0 rpg, 3.0 steals), leading the school to its first league crown since 2001.

BREAKOUT PLAYER OF THE YEAR

Well, hello! If the Bears were going to rise as a 4A contending fixture, at least for the time being, they needed their floor general to take that next step in 2020-21. Hassmann did just that, dominating the 4A NPSL (23.5 ppg, 6.0 apg, 3.2 steals) and quickly establishing herself as one of the best playmakers in Washington.

NEWCOMER OF THE YEAR

Sure, there was a bit of hype surrounding this talented class-of-2024 point guard. Colvin certainly lived up to it, too. Not only did she do a little bit of everything for the reigning 2B champion Lancers (21.0 ppg, 13.0 rpg. 5.0 apg, 3.0 steals), she recorded a double-double in every game, matching up that boundless talent with relentless work rate.

He once led the Spartans’ boys squad to a league title – and accomplished the same thing this spring with the Sumner girls, who rolled through the 4A SPSL tournament. Sure, getting MVP forward Alyson Deaver back helped the cause, but McDaniel did an admirable job blending his younger players into the attack – and getting this team rolling to 4A contending status moving forward.

The life-blood of the reigning Class 4A champions, the feisty and fiery Bruno led the Bears to a Greater Spokane League title (14.3 ppg, 5.3 rpg, 2.7 apg, 2.3 steals) – and snagged league player of the year honors along the way.

It was a short-but-sweet curtain call to a storied career for the reigning 4A state player of the year (21.4 ppg, 9.8 rpg, 2.8 steals) this spring. Hughes led the Falcons to a pair of state title game appearances, and will head off to Montana State.

If there had been a full season, this sharp-shooter (34.3 ppg at senior) likely would have become the state’s all-time scoring leader at 3,000-plus points. As it stands, the Gatorade state player of the year (and Syracuse signee) leaves No. 3 at 2,834 points.

Pure point-guard magic in motion, the reigning two-time Class 2A player of the year (20.0 ppg, 6.0 steals, 5.0 apg) showed her new league (GSL) what many in the old league (2A GNL) already knew. Idaho signee finishes with 1,839 career points.