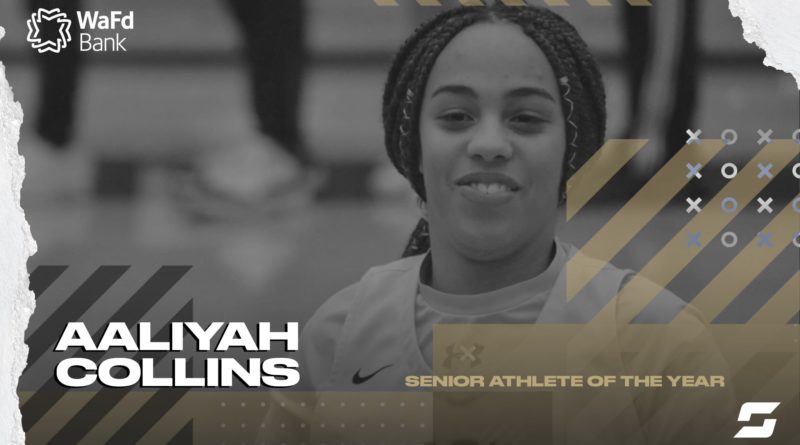 The quick twitch of Glacier Peak’s Aaliyah Collins is the stuff legends are made of.

She puts that burst on display regularly – on the basketball court as an all-state point guard, and as the school’s top sprinter. Heck, classmates extended an invitation to come out for soccer mainly because she could run by any defender.

But even more impressively is the work of her hands. They are something right out of “The Matrix.”

“In terms of physical skill, she is a freak athlete – as fast as can be,” Glacier Peak girls basketball coach Brian Hill said. “And she has the quickest hands I’ve ever seen.”

So, how did Collins develop those ball-swiping hands – ones that recorded a mind-blowing 305 steals during her prep career?

“Doing a lot of dribbling drills when I was younger – that might have been the start of it,” Collins said.

“It’s been something I have always done. I have never fully thought too much of it. … It is natural for me to do.”

Collins is unique in the sense she can dominate a game just with her defensive presence alone, waiting for opposing ball-handlers to make a mistake – and give her an opening.

“Growing up, my offense was never that good, and I wasn’t really recognized for anything. My dad made it a point to tell me to focus on my defense.

“And now, I think defense is more important than offense.”

Next step: Signed to play basketball at Chicago State University (D1) where she will also study business management and/or special education.

Career accomplishments: Participated in four 4A tournaments in team sports (three in basketball, one in soccer), and also advanced to “Star Track” state meet in track and field during her ninth grade and sophomore seasons. The Grizzlies’ basketball teams placed fourth in 2018-19, and third in 2019-20. … Was a four-year letter winner in basketball, earning three all-4A Wesco first-team nods during her final three seasons, and was a honorable-mention pick as a ninth grader. SBLive WA preseason and postseason 4A all-state selection in 2019-20. Set school’s single-season (117) and career (305) steals mark. … Part of the Grizzlies’ state third-place finishing 4×400 relay team, as well as state-qualifying 4×200 relay. Also was a state qualifier as a ninth grader in 2018. Anchored state sixth-place 4×100 relay team in 2019, and also placed third in the 400 as a sophomore in a personal-best 57.95 seconds. Glacier Peak finished fourth in 4A that year. … Played varsity soccer her final two seasons, and tallied 10 goals as a junior for the 4A Wesco champions. Grizzlies lost in the opening round of the 2019 state tournament to Sumner. … Finished up her AAU basketball career with the Northwest Greyhounds.

School/community achievements: 3.20 GPA; co-founder of the school’s Black student union (BSU) club in 2018, and was one of its leaders her final three years of high school; worked with special-needs students as part of a class; volunteered in youth basketball instruction through AAU.