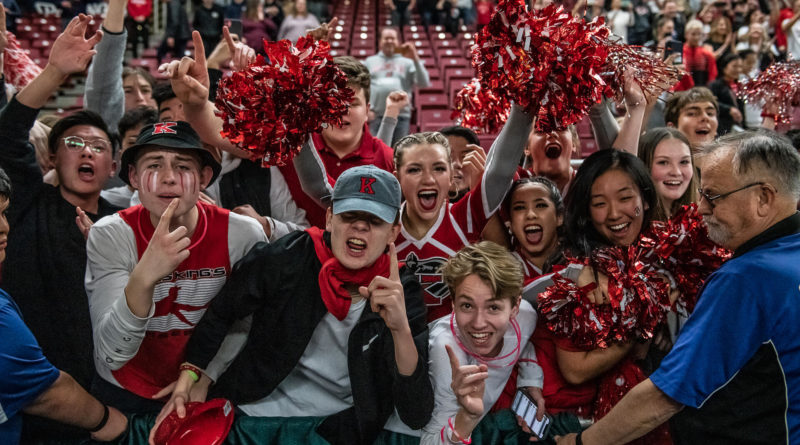 There won’t be any WIAA-sanctioned trophies, nor will there be the typical Yakima SunDome stage.

But Cedar Park Christian’s unofficial 1A State Invitational in Bothell, a non-WIAA-sanctioned, eight-team invite-only championship event, is the next best thing.

The tournament, which opens with quarterfinals Wednesday and runs through the finals on Saturday, will feature many of the top teams in 1A, including four teams that played in a state semifinal or further in 2020: King’s, Seattle Academy, Life Christian Academy (classed up from 2B) and Lynden Christian. The field also includes Chelan, Freeman and Toppenish, representing most corners of the state.

It will try its best to look the part of a pre-pandemic WIAA state tournament at a time when school is out for summer break and high school basketball teams are typically planning for 2021-22.

Games will adhere to NFHS and WIAA rules. Brackets were structured to mimic official state tournaments. The winner will receive a replica of the WIAA’s gold ball trophy.

Since most pandemic restrictions are set to be lifted across Washington on Wednesday, the first day of the tournament, a maximum capacity of 1,000 will be admitted and nobody present — players included — will be required to wear masks.

How did the Invitational come to be?

When Lynch first heard rumors in the fall while high school sports were shut down and season schedules in-flux about the possibility of no state tournaments, he, like many, became nervous.

What might the season look like? Would there even be a season? And would his four seniors, including his son, Trenton Lynch, not have the opportunity to compete for a gold ball?

With a situation in flux, Lynch started to think up contingency plans.

“I’ve been with those guys since they were really little,” Lynch said. “I thought, man, it would be cool to offer something to these seniors and communities since the WIAA is not going to offer it, maybe we can try to do something.”

Lynch floated the idea of the tournament to Cedar Park Christian’s athletic director and principal in late 2020, and they were open to it. After all, the school hosts AAU tournaments throughout the year, so the facilities were well-equipped. They just needed a stroke of good timing — from WIAA season planning, to the Governor’s statewide COVID-19 response — to work out.

More than six months later, the field is set, and the tournament will be played.

The WIAA state tournament field is typically decided by district tournaments and regional play-in games, so organizers installed a similar seeding method. Teams were seeded on overall record, strength of schedule, results against common opponents and a seeding vote from each head coach.

There are several notable absences. Zillah (14-1), Cashmere (12-0) and King’s Way (10-0) — all of which won district championships — were not able to make the trip to the Seattle area to play due to scheduling conflicts.

Coming off of a 2B second place finish in 2020, the Eagles classed up to 1A and have long been ready to prove themselves among a crowded field of title contenders.

But because of the pandemic-shortened season, Life Christian’s 1A arrival hasn’t been as pronounced as it would have hoped — yet. The Eagles (11-0, 1A Nisqually League) are undefeated and have yet to play a competitive game.

That’s why the 1A State Invitational carries a little extra meaning.

“We learned (last year) you gotta take the championship, it’s not going to be given to you,” Life Christian coach Charles Simmons said. “That’ll be our mindset. We’re coming to take something and send our seniors out the right way.”

Nearly 16 months have passed since King’s entered the Yakima SunDome a 12-seed and scrapped its way through a bracket gauntlet — including overtime wins in the semis and finals — and emerged 1A state champions.

The Knights (13-2) return much of the same core of Washington commit Tyler Linhardt, senior point guard Shane McGaughey-Fick, senior guard/forward Jordan Hansen and Puget Sound-bound guard Will Pohland, among others, though they will have to go about it without the reigning 1A state player of the year, as Linhardt told SBLive he is not playing in the tournament.

The Knights enter the tournament as the 3-seed. They’ve gotten used to playing both with a target on their backs, and playing the underdog, but they’ll need to fill the void of their leading scorer.

Leo DeBruhl’s deep step-back 3 over Linhardt to force overtime in the state semifinals in 2020 was an emphatic moment to cap SAAS’ three-year rise to prominence, even though the Cardinals were bested in OT.

Now, led by the formidable DeBruhl, Joe Cookson and much of the rest of the same core, Seattle Academy enters the tournament as the team to beat.

The Cardinals (16-1) have won games by an average of 23 points, including 12 and 22-point wins over King’s, an 18-point win over traditional state power Lynden Christian, a 16-point win at 2A Tumwater and three double-digit wins over host Cedar Park Christian. Their only loss came to King’s on a half court buzzer-beater by Pohland.

Three years ago, when DeBruhl was a freshman, the Cardinals went 8-14. They’ve risen to a state power since, making the past two state tournaments.

Can DeBruhl and Co. cap their impressive season, and four-year program rise, with a (unofficial) state title?

ADMISSION: Tickets are $5 for adults and $4 for students under 18. Cash and debit will be accepted. Children under five years old get in for free.