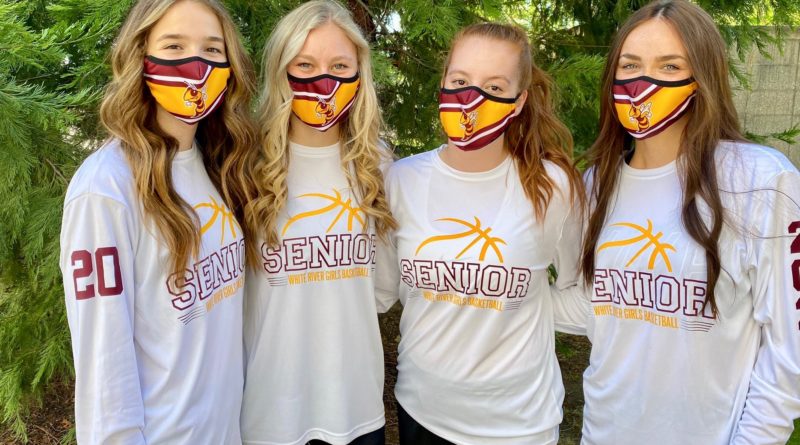 Nothing was mentioned in White River High School girls basketball pre-game talks about reaching the 2A SPSL century mark.

“Oh, heck yeah,” longtime Hornets coach Chris Gibson said after his team beat Enumclaw for the league title 10 days ago. “The seniors were so relieved. They did not want to screw it up.

“They are leaving it to the nine returners to screw it up.”

There is a great deal of pride – and pressure – extending long winning streaks. The Hornets have have seen both sides of it constantly.

“I knew coming into the season that we’d have a chance,” said Hornets senior guard Kara Marecle, who is headed off to Whitman to play college ball. “I did not know it would be my last game.”

There have been a couple of really long winning streaks established in Washington state high school girls basketball. Consider:

*Dating back to 2000, seven-time state champion Prairie had a 219-game Greater St. Helens League winning streak snapped this season by 4A Union during a combined league season in the spring (and if you want to go by just 3A GSHL opponents, that streak is actually 222, ended by Heritage late last month).

*In terms of overall winning streak, 1B powerhouse Colton owns the all-time mark – 79 games – which was ended by Okanogan in 2015-16.

White RIver had put together a long league winning streak before – 59 – before Lakes stopped it in 2007.

But in terms of the current streak, which started late in 2014, Gibson said it was never really mentioned until it got into “the high 40s.”

“There have been times it really has been on the line against some good Fife and Franklin Pierce teams,” Gibson said.

At the end of the regular season this spring, Gibson knew his toughest league test would be a final-week showdown at Enumclaw, which is always a solid program.

After the game, Gibson did something he never does.

And Marecle knows it’s her turn to turn over the reins to a new group of Hornets’ leaders.

“We’ve definitely had some good teams in the past,” Marecle said. “We did not want to let them down. And with these younger kids, they will do well – and I will cheer them on.”