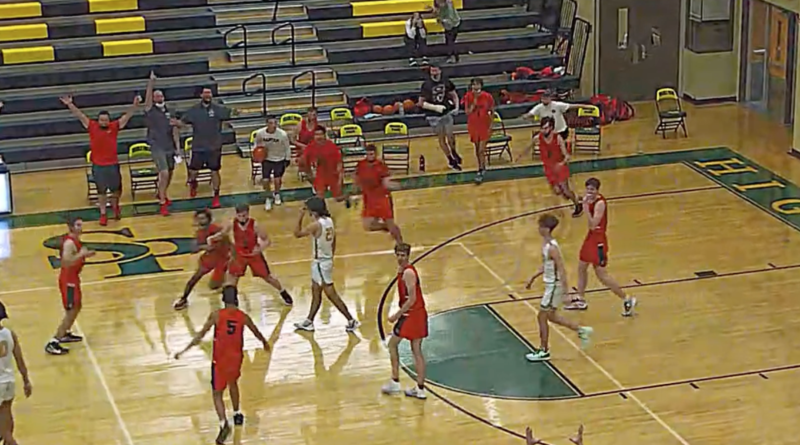 Clarkston freshman guard Xavier Santana hit a running 3-pointer at the buzzer to lift the Bantams over Shadle Park in the first round of the 2A Greater Spokane League playoff 74-71 on Tuesday evening at Shadle Park High School.

Santana caught the ball feet from half court and heaved the shot past a contesting defender.

Shadle Park’s Reese Snellman scored with three seconds left to tie the game at 71-71, setting up the baseline inbound that led to Santana’s long 3 as time expired.

“You coach long enough, you’ve been hit on both sides of that,” Bantams coach Justin Jones said. “Nice for us to get one of those, because I’ve been beat like that a couple times before.”

It’s not every year Jones leans this heavily on a freshman, but the Bantams replaced nine seniors from last season.

“He’s done such a good job bringing himself up to a level where not only do I trust him not he floor, his teammates trust him a lot on the floor,” Jones said. “We’ve been lucky with a lot of guards, and I think he has the potential to me another one of my really good ones.”

Clarkston, which finished 2A state runners up in 2020 Pullman (9-2, 8-0) on the road Wednesday night for the 2A GSL playoff championship, the culminating event for the COVID-condensed 2021 spring season.