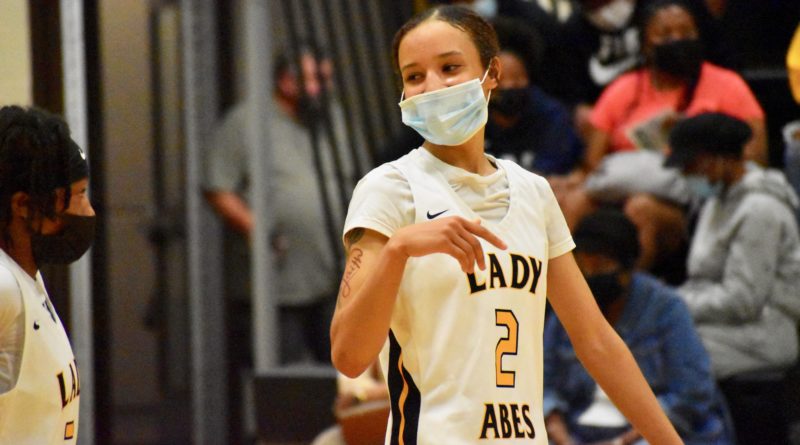 TACOMA – The Lincoln Abes finished the job on another 3A Pierce County League girls basketball championship – and might have found a new league rival for the next few seasons.

Kristol Ayson scored 12 of her game-high 20 points in the third quarter, and the Abes recovered from their lone halftime deficit all spring to nudge past Bonney Lake, 57-53, in the 3A PCL championship game Saturday night.

Jazmyn Shipp paced the Panthers with 16 points – 12 coming in the second half. Mariah Preston added 12 points, including a pair of 3-pointers.

“They are good. They are gritty,” Lincoln girls coach Jamila Jones said. “The difference is a lot of the time, when we apply (defensive) pressure, teams tap out. We knew they were not going to.”

This has the makings of a fun series showdown starting next season.

Ayson will be a huge scoring loss for the Abes, but they return the rest of what could be the quickest set of guards Jones has ever had during his tenure – led by point guard Ciona Wells. All of them attack the basket with vigor.

“I love our future,” Jones said.

The Panthers have an interesting blend on their roster. Shipp, who has three more seasons to go, could end up being the best post player in the 3A PCL moving forward. Brooke Mansfield headlines a trio of talented wing players. And while Preston isn’t the team’s full-time ball-handler, she primarily runs the show – and is a deadly perimeter shooter.

“We are so thrilled we played this well against such a good team,” Bonney Lake girls coach Kim Peters sad. “We got beat by 30 the first tine we played them. It is really just starting the beginning of our next season, setting the tempo of what we want to do – and our expectation.”

The Abes (11-0) quickly erased a 25-23 deficit behind Ayson, whose steal and layup in the first seconds of the second half got the hosts rolling – and whose two free throws gave Lincoln its largest lead, 44-34, with 48.9 seconds to go in the third quarter.

“I was just kind of thinking about what I have been doing all year,” Ayson said of her big 12-point scoring third quarter.

But Evin Elias hit a pair of 3-pointers in the first couple of minutes of the final quarter – and Shipp’s two free throws cut it to 55-53 with 1:08 remaining.

Bonney Lake got the ball back with a chance to tie – or take the lead- and had four shot attempts on its end that did not drop. Jaleigha Robinson got loose for a transition basket on the other end to put the game away for Lincoln with 35 seconds to go.