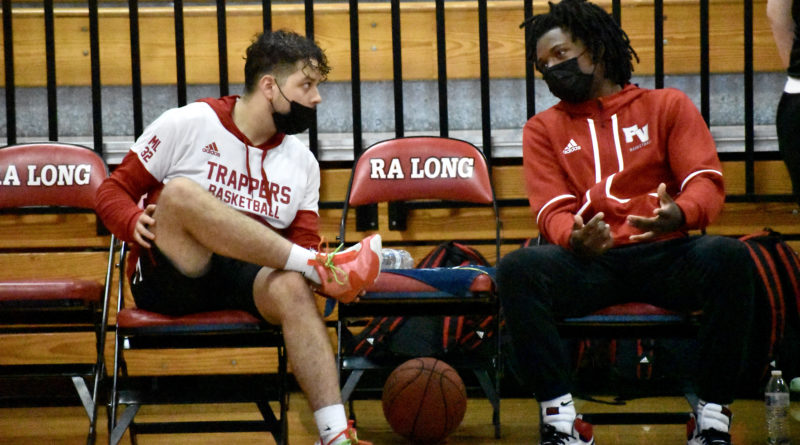 VANCOUVER, Wash. — Fort Vancouver standout guard Kahlil Singleton will transfer to Loomis Chaffee School in Connecticut and reclassify to the class of 2023, he told SBLive, saying he feels the stage will better prepare him for college basketball.

“I just realized playing better competition year round is the better way to go to fully prepare for college,” Singleton said. “I feel like the basketball in that league translates to college a lot better.”

Singleton, who now stands 6-foot-2, is the latest Washington high school boys basketball player to transfer out of state in hopes to bolster college opportunities.

Loomis Chaffee is a boarding school in Windsor, Conn. that competes against other prep schools in the Founder’s League, which is in Class A of the New England Preparatory School Athletic Conference. Singleton said an Ivy League coach first made him aware of the school as an option.

Singleton emerged as a consistent volume scorer at Fort Vancouver as a freshman, and has blossomed into one of the state’s most prolific scorers in his three years on the high school stage in Washington.

He spent months during the pandemic taking online classes at Fort Vancouver while playing out of state, hopping from one team to the next on the nationally competitive Grind Session in an effort to stay in front of college coaches at a time when high school basketball was on pause in Washington.

“(That’s when) it kind of clicked,” he said, “when I was like ‘I definitely want to play at a prep school.’ It’s almost like an early college environment as well, as far as it being a boarding school where you live on campus.”

He returned to Fort Vancouver for the condensed spring basketball season and scored 38 points in the season-opener, but fractured his ankle in the process. He came back for the end of the regular season and the Trappers’ (8-7, 4-4) 2A Greater St. Helens League playoff, which ended Wednesday night in a consolation loss to Washougal.

His decision to reclassify from the class of 2022 to 2023, giving him two more years in high school, was made in hopes to bolster college options.

“With the NCAA giving people another year, all these people in transfer portals and schools get to keep their players for an extra year, I just thought it made sense,” Singleton said. “I almost feel like it puts me back in the normal timeline of things, because if all the high school players graduate when they’re supposed to, but then college players are getting an extra year, that messes up some of our recruitment.”

It’s hard to quantify exactly how much his singular recruitment has been impacted. Eastern Washington offered him under its previous coaching staff, but Singleton holds no offers to date.

He feels under-recruited — and hungry to show college coaches what they’re missing.

“There’s not really much I can do about that besides stay in the gym and be ready for whatever opportunities come my way,” he said.

The preseason 2A all-state candidate plans to leave for the east coast in August after spending the summer competing in the Under Armour Association with Washington Supreme. He plans to go back east to play with Loomis Chaffee in a tournament at the end of the month.

But first, he’ll say goodbye to Fort Vancouver, where he averaged 21.9 points as a sophomore, broke the 64-year old single game school record with 55 points in 2019 and helped lead the Trappers from a 3-17 record as a freshman, to a winning season this spring.

Walking down the hallways at school, his impending departure has started to sink in. It especially hit on Wednesday night, during his last game in a Trappers uniform, playing for head coach James Ensley.

“It’s a great community,” Singleton said. “As far as Ensley, I honestly look at him more as a mentor than a basketball coach, really. He’s done a lot for me.”

Said Ensley: “I told him he’s got a place to come back to if it doesn’t work out … he’s loved and cared about here. No matter what, he’s always a part of our family.”