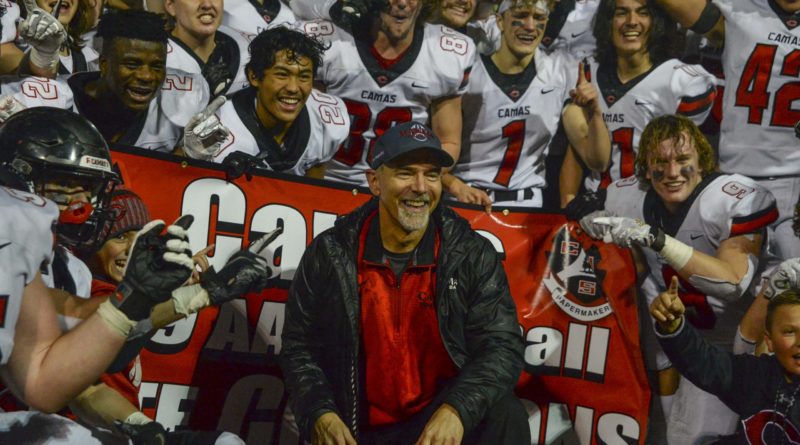 Two-time WIAA state championship football coach has resigned from Camas after 17 years to join the staff at Portland State as an assistant coach, the school announced Monday evening.

He joins the staff of Vikings head coach Bruce Barnum, who has been at the helm for six seasons. Barnum is a Vancouver native, a graduate of Columbia River High School and still lives in the Vancouver area.

Jack Hathaway, an assistant coach under Eagle for seven seasons, will serve as interim coach at Camas.

“We are very excited that Coach Eagle has this opportunity to move onto the next level, and I can think of nobody more deserving,” Camas athletic director Rory Oster said in a press release. “I have not come across a stronger leader of young men than Coach Eagle, and we are all in support of his next challenge.”

Hathaway, who is among the shortest tenured coach at seven years on Camas’ tight-knit staff, previously was the head coach at Heritage for three seasons. He also recently served as Liberty Middle School’s football coach in Camas School District.

It’s believed the rest of the varsity staff will largely remain in place for the upcoming season — a testament to the program Eagle built into a consistent state 4A contender.

“It will be a loss we will feel deeply throughout our community here in Camas,” Oster said. “He is a future Washington State Coaches Association Hall of Famer, and a leader who meant so much to our kids, our school, and our entire community.”

Eagle leaves Camas, where he was the head coach for the last 13 years, with a 127-22 record, nine league titles, three state championship appearances, highlighted by 4A state title wins in 2016 and 2019, the last state football title played in Washington. Technically, due to the WIAA not holding state championships in a pandemic condensed 2020-21 season, he goes out the reigning 4A champ. Camas went 4-1 in the spring season.

Eagle has long been a staple figure in the high school football community in Southwest Washington community, as well as statewide. He previously coached at Evergreen (Vancouver) and Redmond.