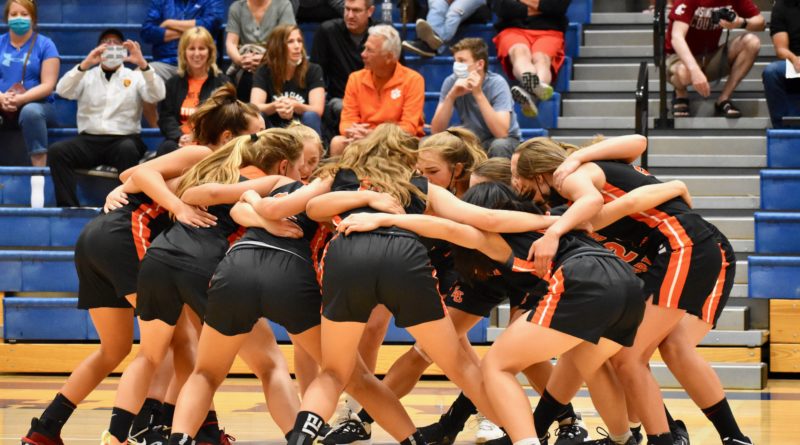 You can’t argue the success the Greater Spokane League has had in girls basketball.

In the past 15 seasons, GSL schools have advanced to the Class 4A championship games 13 times. They’ve won it all 10 times – with four different schools (Central Valley, Lewis & Clark, Gonzaga Prep, Mead) winning it all.

At the 3A level, Mount Spokane played Prairie for the state title in 2019.

“Playing in the GSL, it is tough,” senior Gracey Neal said. “But it’s such a good league. It gives you good competition.”

And throw out the records during the regular season – night in and night out, game outcomes are a crapshoot.

Take the two league games SBLive WA covered Saturday. Both “underdogs” won – Lewis & Clark won at Mead (45-35) to remain tied with Central Valley for first place. And undermanned Mount Spokane rallied from 20 points down in the second half to trip up Gonzaga Prep (54-51).

Here are three takeaways from an afternoon in the GSL:

THERE ARE MANY DIFFERENCES IN THE GSL BRAND. AT THE TOP – DEFENSE

If you look at the most common dominator in all the state-championship squads from the GSL, one thing stands out.

And they all go about it a little bit differently: Mead harasses you with physical fullcourt pressure; Lewis & Clark waits until you cross midcourt before it comes at you with a variety of approaches; nobody bumps you off your spot, fullcourt or halfcourt, better than Central Valley. And Mount Spokane will try a little bit of everything.

“Every night, you have someone in you (on defense), and you have to play through all of that,” Mount Spokane girls coach David Pratt said.

The contrast of styles in the Lewis & Clark-Mead game Saturday was on full display. The Panthers collected enough turnovers with their pressure to win the game, but couldn’t find a string of baskets on the offensive end.

That is because the Tigers’ help-side defense was on point. Mead missed all 13 of its field-goal attempts in the fourth quarter.

“This year with the (new) 10-second backcourt rule, teams have tried to start doing more of the fullcourt (pressure).” Lewis & Clark girls coach Gabriel Medrano said. “But with no summer, and limited practices, it is hard to get good at that. The teams that have been doing, it’s been a little easier to do it.

In its home game Saturday, Mount Spokane trailed by 13 point to start the final quarter, but held the Bullpups scoreless the final six minutes to enable a comeback.

“(GSL defense) takes a toll on your body, but you have ti push through it,” Neal sad. “It is definitely mental more than physical.”

THE GSL IS SUPER YOUNG, BUT IT IS NICE WHEN A SENIOR STEALS THE SHOW

With all the young talent floating around the league, Pratt noted, “We are going to be really, really good next year.”

Just take stock: Mead has the deepest collection of impact non-seniors, led by juniors Alicia Suggs, Olivia Moore and Haley Burns. And ninth grader Teryn Gardner might be the best of them all.

Lewis & Clark has a promising inside-outside duo in sophomores Brooklyn Jenson and Ashlee Everstine. Gonzaga Prep’s Lucy Lynn might be the best point guard coming back, and she is only a sophomore. And watch out for Ferris’ Kacey Spink, Central Valley’s Autumn Agnew and Mount Spokane’s Destiny Kamalu-Vargas in the future.

But it’s also nice when the old guard takes over a game.

It will be difficult for a player to stop either Central Valley senior – MJ Bruno or Grace Geldien – from being voted the GSL’s most valuable player in 2020-21. But the way Lewis & Clark point guard Andie Zylak took over the game Saturday, she should be in the discussion.

Zylak, who is headed off to Eastern Washington University, scored nine of her game-high 15 points in the fourth quarter. Her three-point play with 1:57 to go was the deciding point, giving the Tigers a 41-35 lead.

“I was building on (my teammates’) energy and felt confident to take the shots – and made them,” Zylak said.

Added Medrano: “That (sequence) changed the attitude and energy. … What she is learning is, ‘I know the time to flip on the switch. I know when to take over.'”

Last season, Mount Spokane won the league with a 21-4 mark, and reached the 3A quarterfinals.

But with Jayda Noble graduated and playing at the University of Washington, and the Wildcats short on roster depth – three girls decided not to play this spring – they were going into early-season games with just seven players.

Fortunately, soccer player Gracyn Ulias decided to come out midway through the season to give Mount Spokane a little more depth.

“With eight players, it’s been hard,” Neal said. “You get tired. But you need the teammates there to lift you up.”

But Bryten Gumke (team-high 15 points) and the Wildcats methodically cut into the deficit, fueled by defensive looks that were installed for just this game.

The key exchange came with 25.7 seconds remaining – and the Bullpups up 51-50. In a scramble for the ball in front of the Mount Spokane bench, a jump ball was called, and the Wildcats retained possession, but with one second to go on the shot clock.

After the three-man officiating crew huddled, referees reversed their decision and determined Gonzaga Prep had taken possession of the ball before the jump ball – therefore the shot clock was reset.

Mount Spokane took advantage of the break. Gumke found Neal rub off a pick and get into the clear in the lane for an easy feed – and game-winning basket with 13 seconds remaining.

” I saw there was no weak-side defense, and I went off a pick and sealed my girl,” Neal said. “It was wide open.”