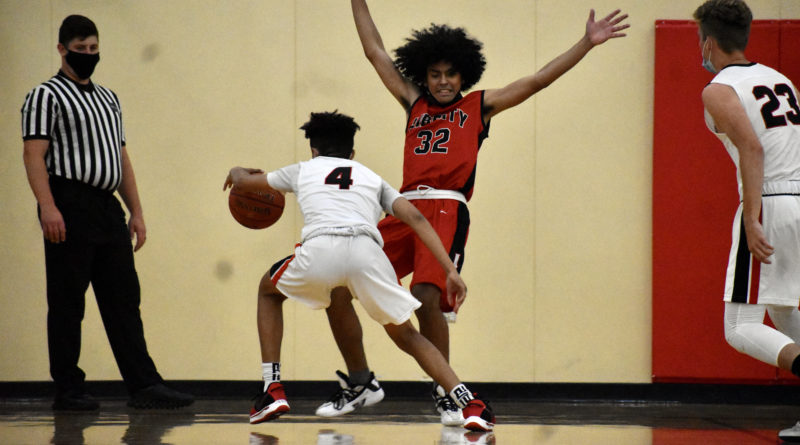 SPOKANE, Wash. — Tayshawn Colvin didn’t need to be schooled on the significance of going into traditional 2B power St. George’s gym and walking away with a win.

Even if the Dragons were down their best player.

“Ever since I was a freshman … everyone was always like ‘oh, St. George’s, that’s the team in 2B,’ other than Kittitas at the time,” Colvin said. “So to be able to beat them now? That’s a great feeling.”

The absence of 6-foot-5 Point Loma-bound forward Nick Watkins, who is averaging around 25 points and 10 boards per game on the season, left St. George’s without perhaps 2B’s most versatile player, an absence that is expected to last just one game due to a hyper-extended knee.

But it left the door open for coach Ryan Peplinski to give the nod to Jones, a dynamic scorer. It was his first appearance in the starting lineup, though he’s already had promising moments this spring, providing a spark off the bench to help fuel a win over Lind/Ritzville-Sprague.

He scored a game-high 27 points, including nine in the first quarter and a swagger-filled 3 in the final seconds of the first half, following by a fist-waving celebration as he sauntered into halftime.

“He’s creative with the ball,” Colvin said. “He can shoot, he has great vision. He’s going to be a heck of a player.”

Colvin said Jones made Liberty’s scouting report. They were told: he’s young, but don’t underestimate him.

Liberty took a 41-37 lead into halftime, but the Dragons quickly reclaimed it int he third quarter. The Lancers found consistent scoring from senior Van Ricker (22 points) and junior London Foland.

And Colvin, an SBLive 2B preseason all-state pick, hit one key bucket after another down the stretch to help the Liberty pull away.

“When they made that run … that was a point in time where I felt we as a team needed to collect ourselves and get it back,” Colvin said.

Though there’s no state B tournament in Spokane, both would enter as contenders if there was. And both still see lots to play for. Both teams are in the hunt for a Northeast 2B League title, and a subsequent district title. And both will travel to Bothell the first week of July to play in a non-WIAA-sanctioned small-school invite-only proxy-state tournament.