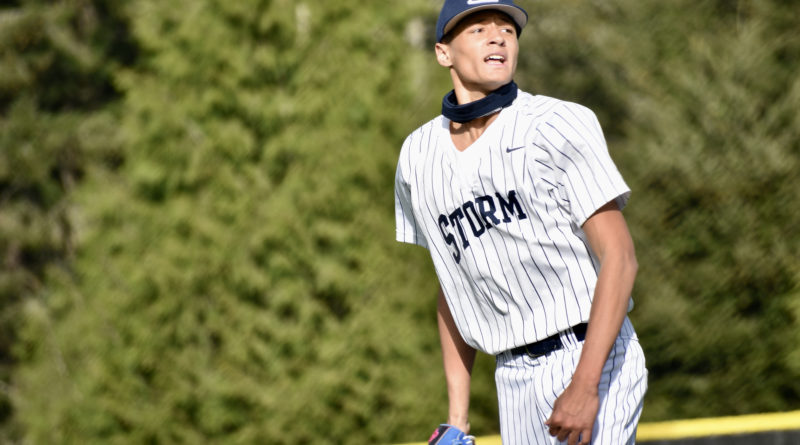 More than one of Washington’s top high school pitchers are likely to hear their names called in the 2021 MLB Draft after their prep careers are done.

Here is a closer look at 25 pitchers who stood above the pack during the pandemic-shortened 2021 Washington high school baseball season.

(Editor’s note: the list is in alphabetical order and is based on recent success and conversations with coaches across the state. Players will not be included on more than one positional list.)

25 STANDOUT PITCHERS IN WASHINGTON IN 2021

The left-hander’s fastball touches 90, and he recorded 39 strikeouts in 19 1/3 innings. Boyle, a Washington commit who has started since his freshman season, spent weeks in Arizona with some of the state’s top prospects and helped the Rapids notch a third place 2A district finish.

How many 2B leagues have D-I pitching duels? The Central 2B did in Toutle Lake’s Jackson Cox and the Oregon-bound Brandenburg, who flashed a scary command since his freshman year — “a terror,” as one opposing coach remarked. Unfortunately, he saw his high school career end with a broken ankle early this spring.

Two years after starting in a regional title game as a sophomore, the left-handed Brunson isn’t going to jump off the page with his fastball, but flashed a ton of polish as the Bombers’ No. 1, helping lead the team to an MCC title with a unique ability to locate. “He’s a special kid” who might have played his way into Division I consideration, coach Grant Richardson said of the Paradise Valley Community College commit.

Ticked his fastball up to 92 miles per hour and recorded 50 strikeouts in 21 innings with 12 walks. It’s a new program record, breaking the previously held mark by Adam Eaton. The left-hander is headed to Seattle U.

The senior was an absolute terror on the mound, fanning 42 batters opposite 11 walks and not allowing a single earned run across 29 1/3 innings to help Jackson go 14-0. The 6-foot-3, 245-pound right-hander is an Edmonds Community College commit.

Made the most of the COVID shutdown, adding 10 miles an hour on his fastball between his freshman and junior seasons. He could have excelled with just his fastball, which touched 95 this spring, but the Oregon commit boasts a strong curveball and a slider. Gave up 10 hits in seven appearances and posted a 6-0 record leading the Ducks to a 16-0 season and district title.

His best days are ahead of him. But at 6-foot-7 with a fastball that’s touched 95, it’s no surprise Debiec is a projected high-round MLB draft pick in July. He pitched in the state title game as a sophomore and is leading a young O’Dea group through a shortened season.

In the quartet of standouts in Bainbridge’s pitching rotation, the Gonzaga-bound DeSchryver went 3-0, giving up three hits and two runs opposite 23 strikeouts with a 1.16 ERA in 12 innings, helping lead the team to a district title.

He might have taken the team’s only loss of the season, but the right-hander headed to Gonzaga more than made up for it. In 14 innings pitched, he fanned 26 batters with an 0.50 ERA while allowing five walks and seven hits.

The Spartans’ ability to bring George, one of the state’s top arms, in as a closer is a luxury. The Washington signee posted a 0.00 ERA, and gave up two hits and one walk opposite 19 strikeouts. What’s more? He held opposing batters to a .077 average. Also was a first team all-Olympic League pick at second base.

Bullpup? More like bulldog. Gores did a little bit of everything for Prep, including emerge as the Greater Spokane League’s top pitcher in 2021. The Spokane Falls-bound right-hander made a significant jump in velocity, boasting a fastball in the mid-80s an an innate ability to command the zone. Finished with a 0.64 ERA and a league-high 38 strikeouts on the season.

He might not love trouble, but he thrives in it, handling a two-strike count so well that it took time for Kamiakin’s Steve Woods to get used to being comfortable in that position. The Gonzaga-bound righty was phenomenal in his return to the high school stage this spring, delivering two no-hitters in just a handful of starts. He packed on some muscle during the shutdown, honed a tight slider and also hit nearly .500 with two home runs in the three-hole.

Long-haired Whitworth signee saw his fastball jump into the 90s and posted a 0.00 ERA in six starts in his undefeated senior season that ended in a 2B district title. Don’t believe that? See the rest of Grewe’s “computer game numbers” for yourself.

After a shaky start against a Puyallup team with as many capable bats as any team in the state, the Washington State commit did not allow a run in his last 22 innings of the spring season. His fastball is in the upper-80s, touching 90, but his slider surpassed his changeup as the go-to offspeed pitch, and it proved to be a difference-maker. Also played outfield and can DH.

The Georgetown pledge started as a freshman and has always separated himself with his command and ability to locate two dynamic offspeed pitches. But the separator? His fastball, which Oly coach Derek Weldon described having “electric spin,” sat in the low-to-mid 80s, until this spring season, when he lived in the high-80s. Also a standout shortstop who helped hold the 4A SPSL runner-up Bears’ defense together.

The Vikings would have been in strong contention for a 4A state title, had there been a state playoff, and Jones is a big reason. The Tacoma Community College commit is a big body — 6-foot-2, 200 pounds — with a power arm that can flat out deal, weilding a fastball touching 90 and an impactful breaking ball. “Sky’s the limit,” Puyallup coach Marc Wiese said.

Hovering around 86-87 miles per hour, the Seattle U commit was a lights out No. 1 in a deep pitching rotation, leading the Rams to an 11-0 record and a district title. He also led the team with 18 RBI and a hit in the low .400s.

Washington State pledge emerged as the T-Birds’ definitive ace, delivering one shutdown performance after another with killer poise, a fastball in the low 90s and a curveball that he’s continued to hone the ability to locate.

He waited for his shot, then made the most of it. Parkin, a multi-dimensional utility player, was poised to step into a starting role as a junior before the season was canceled.  As a senior, the TCC commit posted the best numbers — 1.52 ERA with 41 strikeouts opposite 12 hits, seven walks in 27 2/3 innings pitched — in a wildly deep rotation, and at times made it look effortless.

The biggest question for the top-ranked 2022 prospect in the state: Will he be a first round pick in the 2022 MLB Draft? Ritchie boasts a fastball that touches the mid-90s, a hard-to-hit changeup and nasty curveball — all of which helped him finish his junior season with his first high school no-hitter. Oh, and he also posted a batting average over .500 hitting in the three-hole.

The Washington commit throws heat, his fastball peaking in the low 90s. And at 6-foot-6, 215 pounds, Schlede is a presence on the mound. He tossed 10 strikeouts and earned a win in six innings in his first start of the season.

With Gonzaga-bound Parker Smith battling tendinitis, Schwarz stepped in and delivered all spring for the Bears. The 6-foot-2 lefty tossed a 13-strike no-hitter against Cheney and put together a five-inning, nine-strikeout start to help CV nab the 4A/3A East Region title. The Lower Columbia College commit finished with 30 strikeouts on 17 1/3 innings pitched on the season.

The Washington-bound, 6-foot-6 righty flashes three solid pitches: a reliable changeup, a consistent slider around 80 miles per hour and a fastball with a natural sink that still reached 89-90.

Vaughn lit up the 2A EvCo, again, fanning 42 of his first 91 batters with an ERA below 1.00 to help a talent-leaden Bearcats team rally to win a 2A district title. Once verbally committed to Oregon, Vaughn is headed to Kansas to play at Cowley County Community College.

He was poised for a breakout junior season before it was canceled altogether. And after shooting up six inches since stepping foot at Skyview, the rangy 6-foot-6 Arizona State commit is making the most of his spring senior season, turning in one dominant performance after another and calling his one-hit, 11-strikeout complete game shutout at rival Camas “probably the best feeling I’ve had playing baseball.”

There are dozens of outstanding pitchers across the state of Washington. Here are several that were in the conversation for the Top 25 (in alphabetical order):

Spot an omission? Have feedback? Let us know. Contact the reporter below.