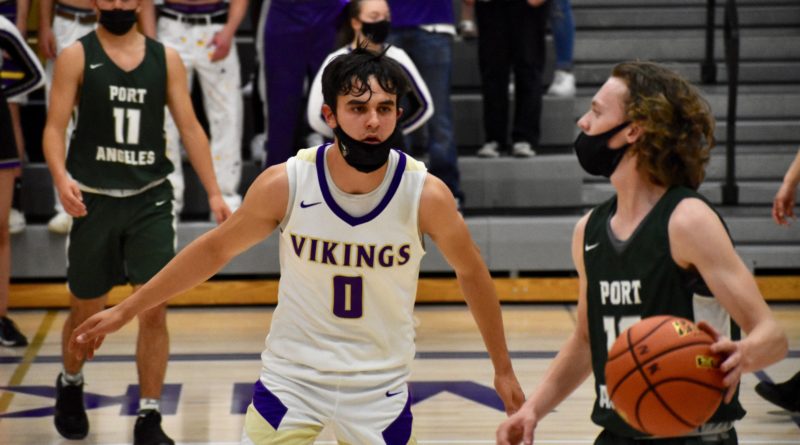 POULSBO – Jonas La Tour knows how to help his team win big games at North Kitsap High School. The Vikings won the Class 2A boys basketball championship a season ago.

And on Saturday afternoon, they were trailing well into the second half at home against 2A Olympic League rival Port Angeles.

But La Tour sank a momentum-changing 3-pointer in the final seconds of the third quarter, then led the Vikings to a 73-69 victory over the Roughriders.

La Tour, a junior, finished with a game-high 29 points – 15 coming in the final nine minutes of the game.

Xander Maestas scored a career-high 23 points for Port Angeles – 20 coming in the second half, mostly from long range.

Here are highlights from the North Kitsap-Port Angeles game: