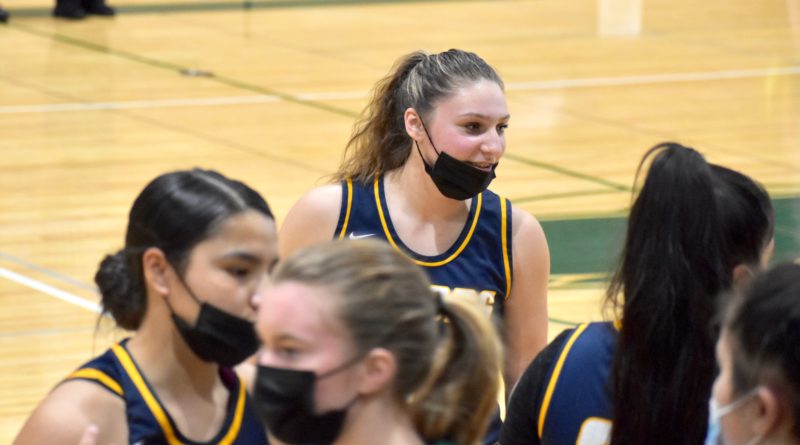 L.J. Walker might have an idea what goes on in the NBA-based Curry family household.

He has two children – daughter, Julianna, a senior at Annie Wright and Syracuse University signee; and son, Tre, a ninth grader at Wilson High School – who can fill it up on the basketball court quicker than you can say, “Steph Curry 3-pointer!”

“Some people can just put the ball in the hole,” the elder Walker said.

And if this continues, Julianna and Tre Walker could be etching their names alongside the best brother-sister scoring duos of all-time in Washington high school basketball.

There are plenty of those high-scoring pairs to choose from – in all corners of the state: Brian and Gayla Brost of Mabton in the Yakima area; Duke and Staci Wallenborn from Mountain View in the Vancouver area; Michael, Cole and Salena Dickerson from Federal Way; James, Jon and Jessica Madison of Port Angeles in Clallam County; Josh, Jordan, Jamie and Jessie Loera from Moses Lake in Grant County; Cole and Kara Bajema from Lynden Christian in Whatcom County; and Match and Maisie Burnham from Liberty of Spangle in Spokane County.

Then there are the 4,000-point scoring tandems: Jackson High School’s Brett (2,024 points) and Kristi (1,900-plus) Kingma at went on to have stellar college careers. And reigning at the top is a sibling pair from the West Sound – Steven (2,415 points) and Brittany (1,668) Gray, of Bainbridge High School, who signed with Gonzaga University as prep standouts.

The Walkers have that kind of elite-scoring ceiling.

“To me, they do it in different ways, but there are also a lot of similarities,” said Chris Spivey, the girls coach at Annie Wright who has watched both teenagers grow up in the gymnasium. “Skill-wise, Julianna is a better shooter, and she can score at many different levels. Tre is a shooter and scorer, and is a multi-level scorer as well.

“And both just have a toughness to them.”

Julianna, one of the most prolific 3-point (with NBA range) shooters in state history, ended her junior season on pace to become the all-time leading scorer in Washington high school girls basketball – with 2,491 points. Cashmere’s Hailey Van Lith, now at Louisville, leads the parade at 2,993.

But in this pandemic-shortened spring season, Walker has a tall task ahead of her to catch Van Lith. But she is more than capable of monstrous-output games.

On Thursday, she tallied 45 points in a victory over Vashon – her 18th career game of hitting that total.

And three times, she has scored a school-record 50 points in a game.

“My first reaction is, ‘Wow!'” Spivey said. “And my second thing is, ‘How much does time fly?’ She is already a senior. I mean, she was just a freshman.

“You don’t realize how great a player it is that you have until she’s not there anymore.”

And Julianna isn’t just a high-volume shooter who flings it up there at the basket whenever she can. She is a career 46-percent shooter from the floor, including a 41-percent clip on 3-pointers.

In her sibling lineage, Julianna realizes she sets the tone in basketball goal-setting – and that her brother uses that to his advantage.

“We compete in everything, school or sports, it doesn’t matter,” Julianna said. “And I don’t mind being the rabbit … as long as it makes my brother better.”

When Julianna was at Stewart Middle School in south Tacoma, she posted a single-game total of 56 points.

“And Tre constantly wanted to beat it,” LJ Walker said. “So he went out and had 59.”

Coming into high school, Tre was not expected to be a varsity starter in the backcourt. Returning junior Chakari Tindal was.

But three days before team tryouts this spring, Tindal suffered a serious arm injury. And Wilson boys coach Mike Cocke opened up the competition for that starting spot.

“Tre came in those seven, eight, nine days (of practices), he was winning sprints. And in our 3-on-3, or 2-on-2 drills, he was winning. It was obvious the kid knows how to play. He is an elite passer, and does things at his age kids don’t normally do.”

And in his second varsity start against Bonney Lake, Tre scored a career-high 31 points, making seven of eight 3-pointers.

“Guys on our bench were looking around like, ‘Is this happening?'” Cocke said. “He could not miss.”

Moving forward, it appears Tre will be the backcourt running mate with sophomore Cayden McDaniel, one of the state’s top class-of-2023 recruits.

“Yeah, I could see (them both being 20-point-per-game scorers),” Cocke said. “They are pretty good shooters. Both have good feel for the game. And they have the opportunity if they do stick together and learn about each other’s game and play the right way – and block out a lot of the outside noise that comes with success – they have a chance to be great together.”

Tre admits he still has a lot of soak up, but also knows he has the benefit of an ideal role model: His older sister.

“Her biggest critique of me is playing hard and not shutting down,” Tre said. “You can learn a lot from an older sister – how she talks to teammates, how vocal she is and just how she plays the game.

“It’s been fun watching her play.”