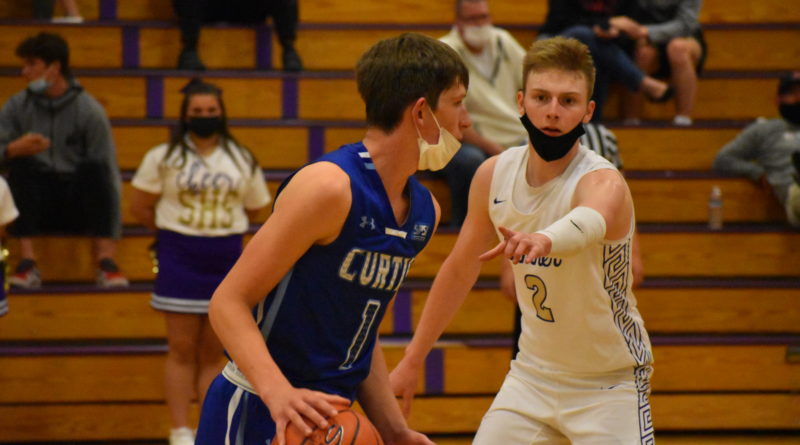 Even if it’s for a few short weeks, Tim Kelly wants to see what he has on this Curtis High School basketball roster moving forward.

He sees two things: Youth and plenty of talent.

And so far, the mostly-sophomores-and-freshman group is holding up just fine in this shortened spring 4A SPSL season.

Tyce Paulsen scored 18 points, including four 3-pointers, and the Vikings posted their best victory yet – a 61-53 road triumph over Sumner, a 4A quarterfinalist a season ago.

Curtis sank four of its 11 3-pointers in the first seven minutes of the second half to grab the lead – and essentially put the game away scoring nine consecutive points in the first 1:21 of the fourth quarter, including two baskets off backcourt steals, to go up, 57-40.

“It happened so fast,” Kelly said. “That is what we are capable of. We are quick. And we can shoot the ball.”

Sumner made a frantic late-game push, holding the Vikings scoreless for a 4:50 span to cut it to 59-53. But ninth grader Devin Whitten made two free throws for Curtis with 29 seconds remaining to ice it.

Zoom Diallo added 14 points for the Vikings, and Whitten chipped in with 13. Ethan Canion and Ty Edwards led the Spartans with 13 points apiece.

Here are highlights from the Curtis-Sumner game: