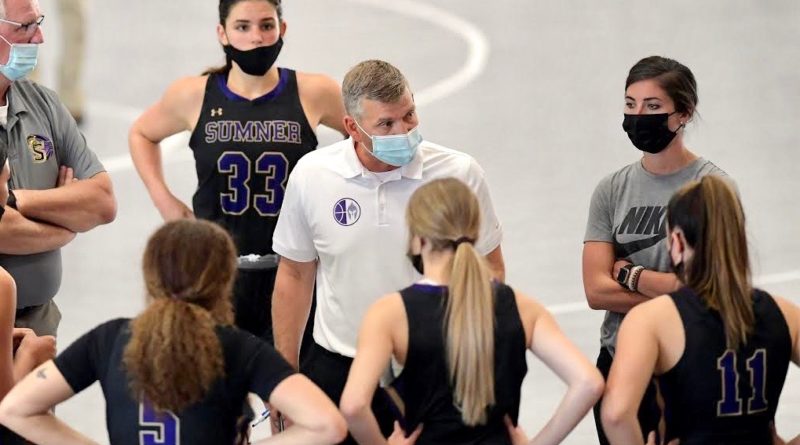 Just when the hoop-game lore of Alyson Deaver hit another gear, it suddenly stalled – and landed into the uncomfortable metal hinges of a knee brace.

That is a lot of waiting around on crutches. But now, a fully-healthy Deaver is back at Sumner High School, and showing the 4A SPSL what a high-level, mobile post player she is.

In her first three varsity games, the 6-foot-1 junior registered double-double counts – including a career-high 31 points in just her second career start against Emerald Ridge.

“I’ve never coached a post player with the capability to beating my guards down the floor,” Sumner girls coach Brett McDaniel said.

But he knew she had special skills.

McDaniel recalls watching a summer-league game in 2018 when Deaver – then a recently-graduated eighth grader – was matched up against future USC post player Jordyn Jenkins, of Kentridge High School.

“She had 15 points that day,” McDaniel said.

But Deaver never made it to the high school season as a ninth grader. She suffered a serious injury to her left knee that required reconstructive surgery.

A year later, trying to make it back at an AAU tryout, Deaver’s same knee buckled – and the same ligaments tore. Her sophomore season was lost as well.

But even thought she could not play, Deaver attended practice to support her Spartans’ teammates, which included twin sister, Catelyn.

After another surgery to repair scar tissue, Deaver played two AAU games last summer before feeling her knee just wasn’t right. Doctors discovered an articular cartilage defect, and the teenager had to go under the knife one more time last October.

At that point, with a six-month recovery timetable, Deaver seemed destined to lose a third high school season. But when the COVID-19 pandemic delayed the start of it until the spring, that gave her a chance to get back.

“I tested the waters a little bit with my recovery,” Deaver said. “I doubled up my (physical therapy) sessions, and started focusing on glutes (gluteal muscles) and hamstrings – and my knee strength, in general. I always prioritized getting rest as well.”

Amazingly, when the season started earlier this month, Deaver was cleared to return to the team – and her Tree of Hope 17-and-under EYBL squad.

“I didn’t think I’d make it back this fast … and was not expecting to play full minutes like I have,” Deaver said. “But my knee is handling it well, so I am taking that as a good sign.”

In three games for the Spartans, Deaver has averaged 24.3 points, 11.8 rebounds and 3.0 blocked shots per outing.

“She has been training hard,” said Catelyn, her sister. “She has had her bad days with the knee, and her good days. Most of it has been good, so far. And I love that she is getting her scoring and rebounding.”

McDaniel admits one of his biggest priorities is getting Deaver through this shortened season healthy.

“We are crossing our fingers,” McDaniel said. “We don’t want to see (another injury) again, and for her to lose an opportunity to play here, and at the next level. But she is doing well right now, and looks strong.”