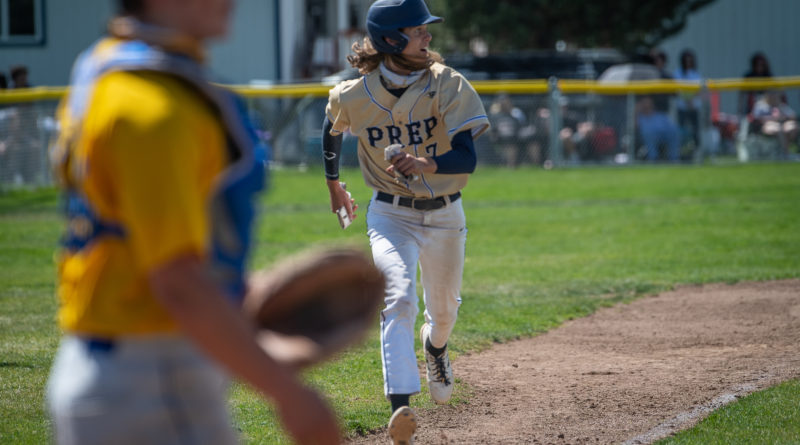 David Grewe has worn long, flowing hair ever since he stepped foot onto Tri-Cities Prep’s campus as a freshman.

As the senior has emerged as one of Washington’s most dominant high school arms, his hair has become something of a signature look — and a lasting image for the torrent of batters he’s fanned during an eye-popping senior season.

“He’s no Fabio, but it’s got the wave,” Tri-Cities Prep coach Jason Jarrett said. “When he stands on the mound and the wind’s blowin’, the flow is goin’. It’s got a sheen to it.”

As fabulous as his hair is, Grewe’s numbers are even better. He did not allow a single earned run during the condensed 2021 season. To go along with a 0.00 ERA, Grewe surrendered just eight hits, walked seven batters and had 74 strikeouts. His opponent batting average was 0.075. At the plate, he posted a .735 batting average (36 hits, 19 extra base hits in 49 at bats), which Jarrett believes is a program-best.

Fittingly, Grewe also led the Jaguars to a 15-0 record that ended with an EWAC district title on May 7.

When Grewe stepped foot on campus as a freshman, he wasn’t tabbed as a sure-fire prospect. But he was a confident, well-seasoned pitcher whose velocity was somewhere around 80 mph.

By season’s end, he worked his way into a fringe relief spot in the pitching rotation.

But when he was called on to throw relief innings in the 2018 2B state title game, he was a little nervous. Grewe was confident his “stuff” would hold up, and getting the nod from Jarrett signaled his coach trusted him.

“It felt really good,” Grewe said. “I knew a lot of people were nervous, like ‘what are you doing putting a freshman in the state championship game?’”

Jarrett’s especially blunt when he describes him, in order to illustrate just how far he’s come.

“You weren’t like ‘he’s going to be an outstanding athlete.’ You’re thinking ‘that’s a tall, skinny kid,” Jarrett said. “He wasn’t bad, but not anything to brag about. Now college coaches are like ‘I want that guy.’ ”

Grewe started to grow into his long, scrawny 6-foot-1 frame over the past two years. But perhaps his biggest jump came when nobody was watching.

By the time the coronavirus pandemic shut down Grewe’s junior season, it had been months since he last clocked his pitches with a radar gun. The pandemic also sidelined him from competing last summer, so he went the longest he’d ever gone without playing baseball.

Once winter rolled around, he went to clock his velocity to see where he stood. He was coming off an operation to repair a torn meniscus, and with the forced down time, he’d lost weight.

To his surprise, he hit 90 for the first time. It was a seven to eight mile per hour jump in max velocity. He was stunned.

“I had no idea where I was because I hadn’t played in so long,” Grewe said. “It was just really surprising to see that, but it felt really good.”

Jarrett has coached Division I talent, most recently University of Oregon right-handed pitcher Logan Mercado. He thinks Grewe, who chose D-III Whitworth over D-II Central Washington in March, is a Division I player.

It’s the consistency. It’s the raw numbers. It’s the hunger to win and the drive to improve.

“He still has room to grow,” Jarrett said, “like the kid has got so much potential. I don’t know if he realized his full potential … if the kid wants it, and he really gets with the right coach at the next level, he’s going to blow it up.”

His impact on the Tri-Cities Prep program, which would have been a 2B state title contender in 2020 and 2021 had there been a state playoff, cuts much deeper than strikes and ERA, impressive as those numbers may be.

“He’s one of those guys who it’s tough see him go,” Jarrett said. “You raise your children this way, with that attitude. Be humble about who you are, and grateful for the ability you have.”

And the hair? Grewe hasn’t cut it once in his four years in high school.

He doesn’t plan to in the near future, either.

“It’s like Sampson and Delilah,” Jarrett joked, referring to an Old Testament parable. “His strength and determination are from his hair.”