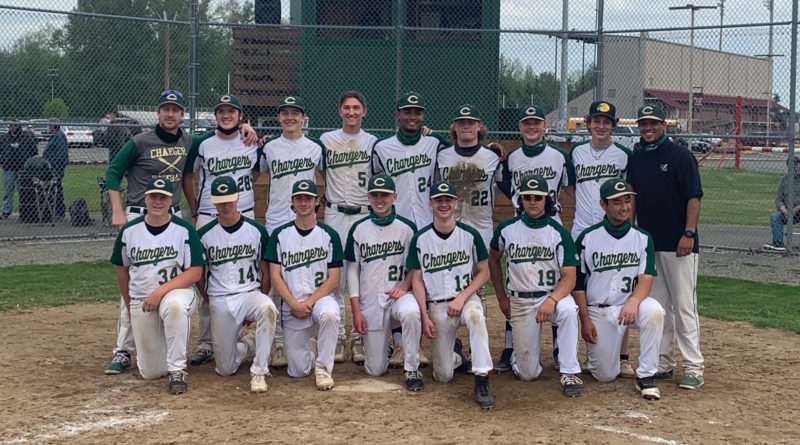 Ever since Gabe Rochon took the head coaching job at Marysville-Getchell eight years ago, he’s known Arlington to be a powerhouse. No matter how valiant the effort against the Eagles, his teams history haven’t been able to buy a win.

But he didn’t realize it had been four years since Arlington lost a league game.

At least not until the Chargers ended the streak Wednesday.

“That’s a program you really strive to get at,” Rochon said. “You strive to get to that point where you have that consistent success throughout time and just to see what it takes to beat a team like that is really something they should acknowledge and be proud of.”

Arlington coach Scott Striegel Rochon about the streak post-game, after most of his team left. He plans to tell them Thursday at practice. The win, to Rochon, is somewhat of a measuring stick of how far the program has come.

Johnson finished with seven strikeouts and gave up three hits, five walks and three earned runs in 6 1/3 innings. Sophomore Keegan Allen closed out the final two outs in the seventh.

For Arlington, the loss marked the end of a league win streak that has stretched back to 2017. The Eagles had won 49 consecutive regular season games and 55 league games in a row entering Wednesday. It’s the second league win streak of that magnitude to fall during the shortened spring season, after Tumwater ended W.F. West’s 49-game 2A EvCo win streak in April.

In a season with an influx of professional scouts at each Chargers game to see Knight, plenty were present on Wednesday.

For Marysville-Getchell, especially the seniors, keeping the league win streak alive was something to hang their hats on in a season without a state playoff — or in the Wesco, any type of playoff.

“It’s a very bittersweet loss,” Striegel, whose Eagles have reached four straight 3A state tournaments, said, alluding especially to his seniors who had never lost a league game. “It’s a tough pill to swallow, it feels like a state playoff loss.”

Malakhi Knight, the state’s top MLB high school prospect and a projected second round draft pick in. July, led off the game with a double. That spurred five consecutive base hits to help the Chargers hop up to a 3-0 lead in the first inning.

Brad Aasen, who finished 2 for 3 with two RBI, drove in the fourth run with a single in the third inning. With two outs in the seventh inning, Arlington’s Nick Salstrom hit a line drive to right-center field, which was caught to end the game.

“It’s cool to be able to acknowledge and think back to the times like, ‘dang, they really did just dominate for the last four and half years or so,’ ” Rochon said.

The teams rematch Friday at 4 p.m. at Arlington to close out the season.