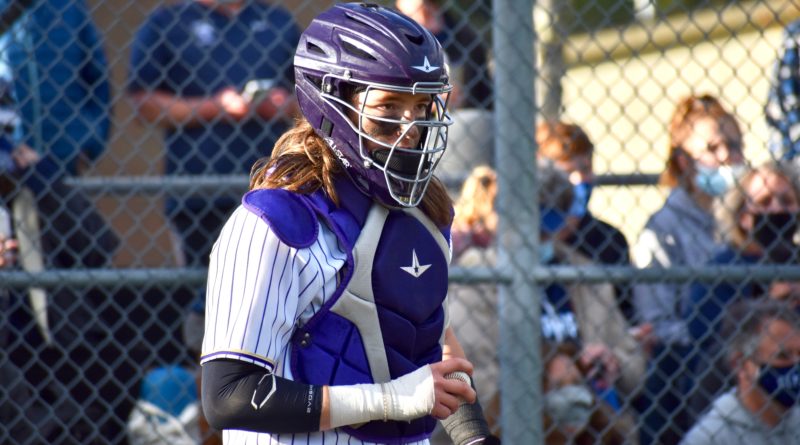 PUYALLUP – Brett Ellingson was having a long night for the Puyallup Vikings.

He was anointed the starting pitcher for the state’s top 4A squad in the 4A SPSL championship baseball game Saturday, only to be pulled without getting out of the first inning.

And his early at-bats were so bad, Vikings coach Marc Wiese thought about pulling him from the lineup entirely.

“But then he came up and got a hit after looking bad, and I was, ‘OK, let’s take a deep breath here,'” Wiese said.

Good thing, because the sophomore was in for a fantastic finish.

Ellingson laid down a safety squeeze bunt along the third-base line to score Garrett Ringer with the game-winning run, and the Vikings edged seventh-ranked Olympia, 4-3, in nine innings on Field 5 at Heritage Recreation Center.

“Just thought, ‘Get it down, win the game!'” Ellingson said.

The Vikings finished the season undefeated – at 16-0.

But they were in trouble most of this league title game on their home field.

Olympia scored two runs off Ellingson in the first inning, then pushed its lead to 3-1 in the fourth inning on a bases-loaded wild pitch.

That was the score when Puyallup came up for its final at-bat in the seventh inning.

“That is the way we want it,” Wiese said.

The Bears opened the floodgates with an infield fielding error to open the seventh, and Willis Cresswell’s bases-loaded walk, and Noah Fields’ sacrifice fly to left field eventually scored the game-tying runs.

And when Ringer reached on an infield single in the ninth, stole second and reached third on an overthrow, up came Ellingson against Olympia reliever Jack Curran.

“He is a good bunter,” Wiese said. “I told him, if (the safety squeeze) is there, we’re going to go down he third-base line with it, and he got a pitch he could handle.”

And a night to remember.