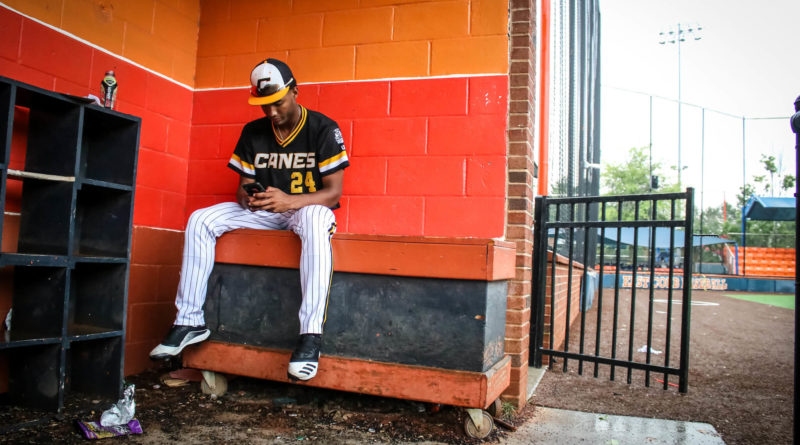 Gabriel Rochon’s phone fields a steady stream of texts and calls from unlogged numbers. By this point, he figures a Major League Baseball scout is on the other line, wanting to ask him about his prized senior outfielder.

Malakhi Knight, Washington state’s top-ranked high school baseball prospect, is projected to be an MLB Draft selection in early July — high enough, according to some projections, that his potential signing bonus could be in the seven figures.

Baseball has already taken Knight across the country. In three months, it could send him to a city he’s never heard of. But now, all he cares about is playing his senior high school season.

“Just playing with my friends for one last time, and not really getting to play high school baseball the last two years,” Knight said. “It’s one last experience of it.”

There was never a question of whether or not the multi-sport standout would play his senior high school baseball and basketball seasons, if given the opportunity. Even if that meant the season would be shortened, with no state playoffs at the end.

The preseason high school All-American waited more than two years to put on a Marysville-Getchell uniform and play with his close friends. He suffered a season-ending injury two games into his sophomore year and his junior season was canceled because of the pandemic.

When state officials in Washington cleared the way for a high school baseball season to take place, Knight was in Arizona, where he spent around six weeks with a select team to stay sharp during the winter months.

“His first words to me were, ‘don’t worry, I’m going to be back. I’m coming. I’m playing baseball and basketball this season,'” Rochon said. “He’s always ready to go.”

He’s still adjusting to competing against players and teams from his home state. For the last year, he’s played with the Canes baseball club competing against the nation’s top prospects, as well as the Perfect Game All-American Classic, where he was one of two in-state selections alongside O’Dea RHP Max Debiec.

Jumping back into the high school game has been an adjustment for the speedy 6-foot-3 power hitter, mainly because teams wouldn’t consistently throw him strikes.

Through the first six games of this season, he was hit by a pitch or walked a combined 12 times. Intentional or not, several coaches approached Rochon pregame to emphasize that their pitchers would be trying to strike Knight out, only to go on to hit or walk him.

“It’s been crazy how much he’s been pegged, walked, left and right,” Rochon said.

He was beaned for the sixth time this season on the first pitch of a game.

“It’s whatever; still fun to be playing again,” Knight added. “It’s frustrating, but I just gotta take what they give me.”

Three months ahead of the draft, he’s entrenched in a high school season that holds special importance to him. Whether he knows it or not, his coaches say Knight has altered the school’s athletic tradition.

And his attendance at Getchell, a school long overshadowed by area rival Marysville-Pilchuck, was intentional.

Led by Knight, Rochon’s seniors have played together since Little League. He’ll often hear his players tell stories from growing up together. It’s in part what drives home to Rochon Knight’s loyalty and connection to his school, and his community.

And it’s not lost on him that Knight will leave a legacy.

“Now they’ve gotten to a point where they’ve really turned around the baseball program and expectations as a whole,” said Rochon. “They’ve come full circle, they’ve taken their lumps, and now they’re starting to see the benefits of it.”

Knight, who is an all-state-caliber guard for the Chargers’ basketball team, also has the Pac-12 as an option. He flipped his college baseball commitment to UCLA in December, after de-committing from Oregon State.

He’s working out and hitting regularly outside of baseball practice, staying sharp for whatever comes next.

But mostly, he’s trying to soak up his last moments in a Chargers uniform.

“We’re trying to enjoy it as our last year to enjoy it, be good leaders for underclassmen, just go out strong and have a good year,” Knight said.