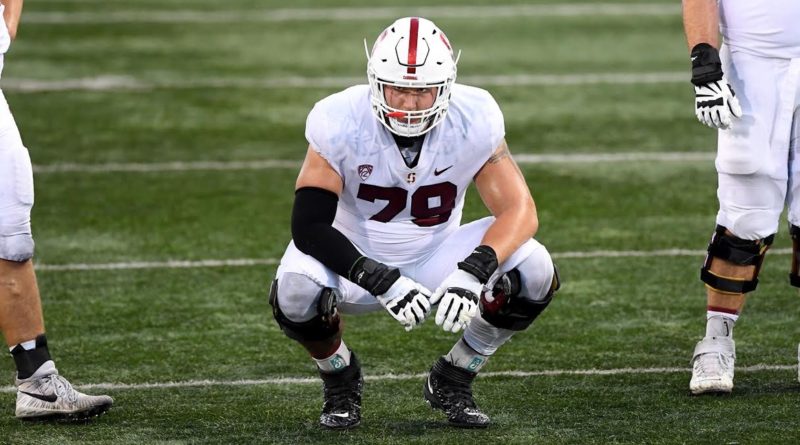 Even though Foster Sarell is part of a large troop of 11 please-announce-my-name football hopefuls from Stanford University, he decided to come home to Graham (Wash.) this weekend to spend the 2021 NFL Draft with his family.

Once heralded as a first-round lock as an offensive tackle, Sarell now projects as a third-day pick — at best. There is also a chance the 6-foot-7, 315-pound behemoth might not be drafted at all.

“There were turbulent times in college, and things did not go the way I planned,” Sarell said by phone on Wednesday afternoon. “I don’t know why.”

And yet, it is obvious in his voice, he is ready to move past four up-and-down years on “The Farm.” All he is hoping for is a shot with an NFL franchise – to prove that he wasn’t just a hype-machine product coming out of high school.

“I know how tall, big, strong and athletic of a person I am,” Sarell said. “At the end of the day, I have unique, special abilities. I just had a couple bumps and bruises along the way.”

In 2013, Sarell stepped right into the Graham-Kapowsin High School starting lineup, becoming the first ninth grader to ever start at left tackle in the formidable 4A South Puget Sound League.

“He was the prototype – a guy who had great feet, was a great athlete and somebody who worked at his craft,” Eagles coach Eric Kurle said. “He always pushed himself to get better.

“In high school, he is the best football player, and lineman I’ve ever been around.”

And his national profile seemed to exponentially increase daily as a fast-and-furious finisher in his four seasons as a starter.

It really took off when Sarell was named the most valuable player at “The Opening” – a high-profile national showcase where he gave a performance many analysts thought was the best they had seen there in years.

By the time he was a senior, he was a first-team All-American pick by all the big national outlets (Parade, USA Today), was selected to play in the U.S. Army All-American game in San Antonio and was a consensus top-15 recruit nationally, regardless of position, by all the major services – including No. 2 overall by Scout.com.

So, why didn’t it work out so well at Stanford? Here are a couple things to consider:

*One of the unsung reasons Sarell chose the Cardinal was his relationship in the recruiting process with Mike Bloomgren, then the university’s offensive coordinator/offensive line coach. The two had aligning philosophies on what made for effective offensive-line play.

But after Sarell’s first season in 2017, Bloomgren left to fill the head-coaching vacancy at Rice University. Kevin Carberry was hired from the Washington Redskins as the school’s new position coach the rest of Sarell’s career.

*Sarell was rarely healthy. He suffered a myriad of lower-body injuries during his college career, including a serious knee injury that cost him much of his sophomore season in 2018 – and robbed him of the necessary strength to be a high-level blocker.

And yet, Sarell flashed moments of his old self from time to time. He started all 11 games at right tackle as a junior in 2019, and was voted an honorable mention selection to the all-Pacific-12 Conference team. And last fall, he made six final starts as a senior.

A week after the season ended, Sarell declared for the 2021 NFL Draft in late December – and immediately started working to increase his overall strength at a place called California Strength, which is a hub for U.S. Olympic powerlifters founded by Dave Spitz.

Sarell worked out with a group of NFL-aspiring college linemen, including Stanford teammate Drew Dalman, who is expected to be one of the centers taken in this weekend’s draft.

When he first started there, Sarell was able to repetitively bench 225 pounds just 20 times. He increased that total to 26 on his Stanford pro day in late March – and has done 29.

“I know the talent did not just up and disappear,” said Rob Rang, a contributing NFL Draft analyst for Fox Sports.

Sarell is confident he can still become an elite NFL player, adding “in my healthiest form, I am a very unique player.”

Now he just needs another opportunity to show a suitor.

“I have a whole lot of time in the game of football,” Sarell said.