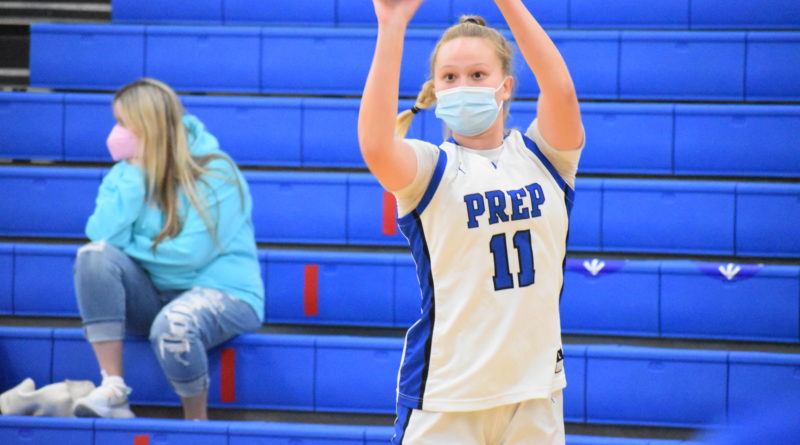 Molly Moffitt knew what Seattle Prep has coming to the varsity girls basketball program this season – a bunch of young and up-and-coming athletes with fresh legs.

And she knew the Panthers might run more because of it. So to get in shape, she decided to play soccer in the months beforehand.

Fresno State signee Tamia Stricklin tallied 11 of her game-high 16 points in the fourth quarter. Moffitt matched that scoring output. And the Panthers rolled past Bishop Blanchet, 58-36, in the Metro League opener Wednesday night.

And it all changed from a tied game to a runaway victory in a six-minute span during which the Panthers scored an incredible 26 unanswered points.

And they did it with pace, pressure – and Stricklin’s quick reflexes (three fourth-quarter steals).

“We want to trap and be aggressive,” Moffitt said.

Moffitt’s 3-pointer with 36 seconds remaining in the third quarter snapped a 32-32 tie. And Stricklin started the fourth quarter with two quick baskets – the second one coming off her backcourt steal.

“We played our speed game,” Stricklin said. “And we just kept getting out faster and faster.”

Stricklin dominated the first five minutes of the fourth quarter, and showed why she is one of the best guards in the state.

“And she usually has a run in her in every game.”

The Panthers led by as many as 11 point in the first half, but Blanchet’s Taliyah Clark hit two of her three first-half 3-pointers in the final two minutes to close the deficit to 22-19 at halftime.