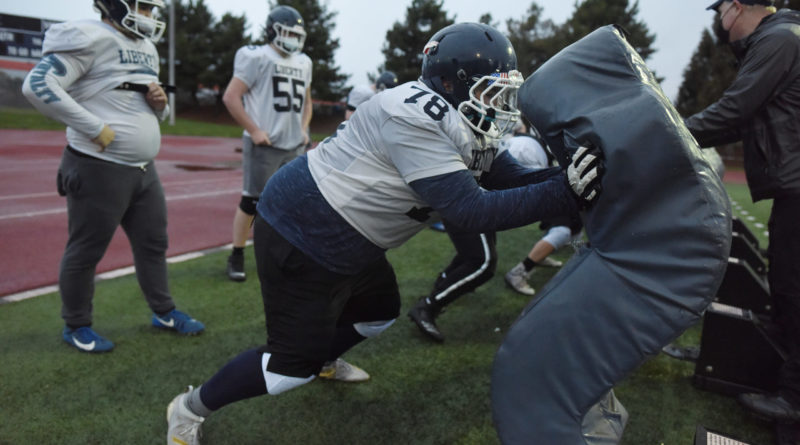 What are the mechanisms that make high school sports work? What are some of the challenges coaches and educators face in providing an athletic outlet for high school students? How have those things been impacted by the pandemic?

In season one of SBLive’s The Preps Lab podcast, host TJ Cotterill seeks out answers. Over 10 episodes, Cotterill tackles a different topic through in-depth conversations with accomplished administrators, coaches and former high-major college and professional athletes.

As Preps Lab takes a break to start planning for season two, the first 10 episode are here to dive into. Here is breakdown of each episode:

Episode 1 – Is it time to re-imagine the purpose of high school sports?

This inaugural episode takes a step back to look at the bigger picture of high school sports and ask the question: is it time to re-imagine their purpose?

With prep sports on pause during the pandemic in Washington, as well as many other states, host T.J. Cotterill sat down with coaches and athletic directors in the Seattle/Tacoma area for their reflection on what it means to be involved in the world of interscholastic athletics and how that has changed throughout the years.

Episode 2 – How to connect with today’s student-athlete

High school sports programs around the state have dealt with enough problems as it is connecting and staying in touch with their players amid restrictions surrounding the pandemic.

But there were already plenty of other challenges in building relationships with student-athletes of this generation – in an age of limitless distractions – heading into 2021.

Timberline boys basketball coach Allen Thomas shared his experience and perspective on why relationships are No. 1 in his program and how he goes about building them.

It seems there are more misconceptions than ever about what it takes for student-athletes to get recruited to play at the next level, particularly with so much pressure athletes and their parents face today to play beyond high school.

The latest episode of SBLive’s The Prep’s Lab with TJ Cotterill explores how student-athletes can best navigate the recruiting process — or even just get recruited — and how that has changed over the years.

Cotterill turned to the state’s winningest active football coach. O’Dea’s Monte Kohler pulled from his his dearth of experience — with more than 35 years at the Seattle-based school having coached many college and even NFL-bound players — to explore how student-athletes can best navigate the recruiting process — or even just get recruited — and how that has changed over the years.

Episode 4 – How has the pandemic impacted equity in high school sports?

Before state officials allowed for a condensed three-seasons schedule, pandemic restrictions limited the ways high schools have been able to provide athletic opportunities.

Cotterill spoke with four people from some of the most diverse school districts in the state — Chiawana athletic director John Cazier, Kent-Meridian football coach Justin Callander, Franklin Pierce School District athletic director and WIAA executive board member Wendy Malich and Mount Tahoma boys basketball coach Jason Townsend — to discuss their experiences in trying to work within the pandemic restrictions to help kids who typically need the benefits of extracurricular athletics the most.

How do schools define what makes their athletic programs successful?

Curtis High School athletic director Suzanne Vick says it’s not nearly as much about the end-of-season win-loss record as some people would believe. Vick discusses her philosophies and how she determines what makes her school’s programs successful.

The best athletes spend countless hours on strength training and skills training. But how much time are they spending on mindset training?

Collin Henderson is now the CEO of Master your Mindset after a stellar career at Puyallup High School and then Washington State. He’s the author of five books and he regularly speaks to athletes, coaches and companies across the country talking about the importance of mindset training. He talked about an important message he both lived and continues to see in programs today – that we tell kids to be tough mentally, but we’re not teaching it.

He lays out in this latest episode loads of practical advice for focusing on mindset training within high school sports, something he believes was lacking in his own life when he was an athlete, struggling to cope with anxieties and the pressure to perform.

Washington Interscholastic Basketball Coaches Association hall of fame coach Gary Wusterbarth retired in 2019 after 34 seasons and a 567-268 career record (ninth-most wins of any coach in state history). He discusses the lessons he learned over the years and how vastly different the game is today compared to his first few seasons, including his state-title season in 1984-85 (Wusterbarth’s first year at Steilacoom).

Wusterbarth, 66, addressed how coaches ought to cope with the burnout that comes today with the seemingly mounting challenges and expectations on high school coaches, the qualities necessary to be a successful coach today and best practices for navigating relationships with players, parents and school administrators.

When Jon Eagle took over the Camas High School football program 13 years ago, he said he made a trip to every prospective player’s home, learning about them and asking how they see themselves contributing on the football field.

So when the two-time 4A state-championship winning coach, who has reached the state playoffs nine of the past 10 years, talks about player development, that’s where he starts. Eagle says it’s first about building relationships, having staff continuity and getting players to buy-in to the idea that by the time they are seniors they’ll be playing at Doc Harris Stadium.

Eagle discussed his philosophies and strategies on player development, how he gets buy-in for commitment to the weight room, how to best develop leaders and more.

Episode 9 – Can work ethic be taught?

Stephanie Cox had been cut from the U.S. National Women’s Soccer Team in 2012 and began searching for a way to get back. So she reached out to a coach she trusted about her worries — what was she missing? What got her cut? How can she make sure it doesn’t happen again?

She’s used that since, writing it in her player journal after tough practices with the OL Reign FC, where the 35-year-old mother of two plays defender after helping the U.S. national team earn the gold medal in the 2008 Olympics.

Cox is back playing with the Reign after five seasons coaching the Gig Harbor High School girls soccer team, which included winning the 3A state championship, the school’s first, in 2018.

Cox discussed how to teach work ethic, what has motivated her the best throughout her career to push herself, how she motivated her players in her time at Gig Harbor, as well as how she’s seen some of her teammates at the professional level, players such as Megan Rapinoe and Carli Lloyd, develop their work ethic.

Episode 10 – How to build program toughness

Matty McIntyre values defense and taking charges at maybe the most successful 4A basketball program in the state over the past decade. But the Gonzaga Prep head coach won’t ask players to do what he won’t. So the first drill of the year, McIntyre surrenders his body in front of a barreling senior to take the season’s first charge.

“I got to be honest, this year I kind of thought twice about it,” McIntyre laughed. “I’m getting older and more out of shape. But I took it and the kids ran over and picked me up and started celebrating.

In the meantime, McIntyre has also helped build a program that has won three state titles since 2011 and reached the Final Four five times since he took the reins from his former coach, Mike Haugen, in 2009.

He joined SB Live’s The Prep’s Lab with TJ Cotterill to talk about building toughness in a program and getting players to buy in to being program- and team-first using his Defining Dozen. He also talks about how Dick and Tony Bennett influenced his Pack Line defense and how he’s continued to have success with it as more programs evolve into “modern” basketball strategies, playing with pace and space.

The Preps Lab podcast will return in fall 2021. Stay tuned.