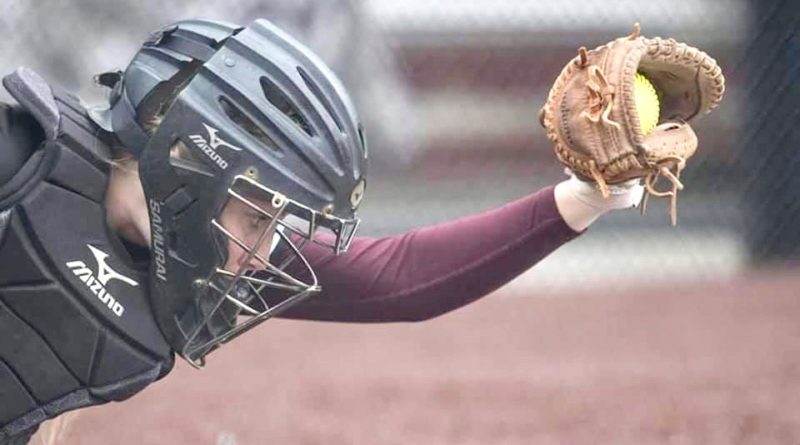 From Eastlake’s Megan Cotton to Selah’s Sydney Wells, here are five standouts who play one of the most demanding positions on the softball diamond – catcher.

Based on their recent catching success, and on the recommendation of coaches throughout the state, here are SBLive’s five catchers to watch in Washington in 2021.

5 CATCHERS TO WATCH IN WASHINGTON

She plays the position with an old-school mentality – home plate is mine to protect. And Bean has the physical strength to take on all oncomers. Also, this all-3A KingCo performer’s powerful bat sends softballs deep into the night.

You could say this Akron University signee was born to be a catcher. She is the loudest voice on the field, she has a natural pitch-frame knack and she is hyper-competitive. And, oh yeah, she has one of the sweetest swings in 4A KingCo.

All she’s done in her career is get big key hits in big games for the 2A-contending Spudders. And after early years of playing in the infield, this St. Martin’s signee moved to catcher last spring – and has easily been the program’s best all-around athlete.

There’s a case to be made that this all-4A NPSL first-teamer is the state’s top all-around catcher for 2021. She’s a fiery leader, consistently calls a great game, controls baserunners – and peppers base hits from line to line. Headed to Eastern Oregon University.

Will she be an impact performer at Fordham University? Well, she has destroyed Yakima-area pitching this spring, hitting for the cycle in a game recently with three home runs and 11 RBI. Her power is only matched by her overall acumen for the sport.

There are dozens of outstanding catchers in the state. Here are several who were in the conversation for the Top 5: