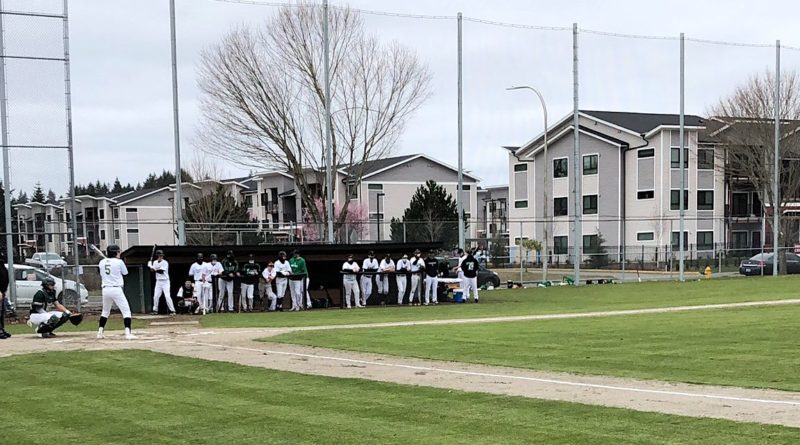 Ryan Orr hadn’t even heard of the streak until the day he helped break it.

But hours before W.F. West baseball’s 49-game 2A Evergreen Conference win streak was snapped thanks to the Tumwater ace’s dominant day on the mound, coaches told T-Bird players at batting practice that a win would break a streak dating back to March 2017.

In beating the Bearcats (8-1) on Wednesday at Tumwater, Orr, a junior Washington State commit, took the pressure off of the defense. He fanned 14 of the 24 batters, walked two and allowed two hits and no extra base hits.

“For me, that’s unreal, to be honest,” Overbay said. “I don’t know if anybody would ever get to that point again. I was like, holy cow. I wouldn’t believe it almost, it was so unrealistic. But that just shows you what that program has done the last 10 years.”

Orr started the first time the teams played, on April 5, but was on a pitch limit imposed by Overbay in a cautious effort to ease his top arms into the spring season after an unduly long offseason. The Bearcats won 2-1.

For Bullock, having the win streak snapped was talked about more outset the team’s locker room than inside. The team, of course, was aware of the streak, but Bullock didn’t ever bring it up, in an effort to not place undue burden on them.

After all, it was a tremendous measure of program success. And Bullock understands it was broken by a very good team — on they could see again in a district playoff.

“He’s a really polished high school pitcher,” W.F. West coach Bryan Bullock said. “Both times we’ve faced him he’s been able to keep his pitch count down and thrown in the low-90s, really polished and kind of dominated us both times, really.”

Orr is the No. 6 ranked prospect in the state for the 2022 class, according to Prep Baseball Report. The difference between Orr’s first and second outings against the Bearcats was razor-thin.

It came down to a marginal improvement on his ability to locate his curveball in the strike zone. In order to fine-tune it, he had to get hyper-specific in training, zeroing in on drills that help him time his release with when his momentum is over his body.

He turned the mound around and took his front shoe off, so he could feel his weight transfer better. More and more, he saw his pitches bite into the strike zone.

The impact was game-changing.

“When you can do that against good teams, they’l start taking that pitch,” Overbay, a first-year coach and longtime MLB first baseman whose T-Birds are 9-1, said. “And once he started throwing that for more of a strike, now they have to honor it and be aware of it, they can’t try to cheat and get to that fastball.”