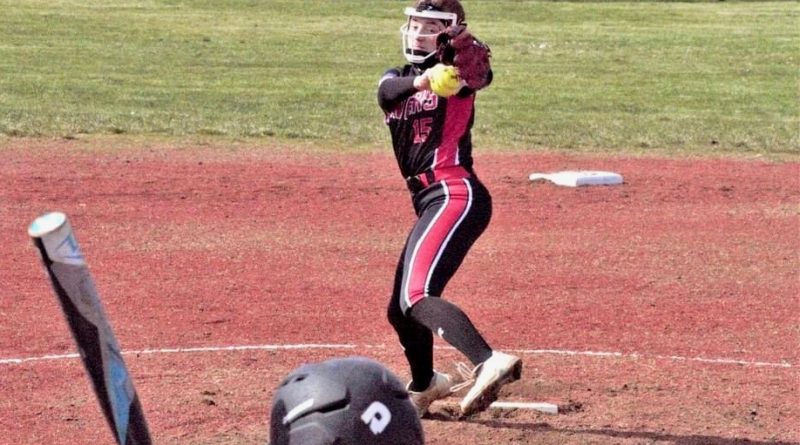 You can’t blame Tenino High School junior Emily Baxter for not counting outs. She was too busy with her shimmy-and-shake routine.

It wasn’t until after her two appearances Tuesday against Elma in a 1A Evergreen Conference softball doubleheader that she was told of the news: She had helped author two no-hitters in the same afternoon.

Baxter struck out 19 Elma batters in the first game – a 9-1 victory over the Eagles in seven innings. And an hour later, she struck out eight in four innings to combine with Cassie Cannon on the second no-hitter in a 10-0 win in five innings.

“I felt really good – really confident,” Baxter said. “It was nice to out there and do that kind of stuff, and have a nice game that was mainly for our seniors (on senior day).”

Especially after what happened two seasons ago.

In 2019, Elma was one of the top 1A programs in the state, reaching the state semifinals before losing to eventual winner Montesano.

In two games that season, Elma outscored the Beavers, 28-2, in two games.

“We are better team now than we were my freshman year,” Baxter said.

That was also Chris Johnson’s first season as the coach. He knew he had a few building-block players for the future in Baxter and Cannon, the team’s primary shortstop.

But Baxter has certainly taken that next step in her pitching progression.

Her best pitch is a 62-63 mph curve ball, which has severe tilt when it crosses home plate.

“It is moving all the time,” Johnson said.

Her rise ball and fastball have both improved, giving her three legitimate pitches to rack up strikeouts.

And to have a little fun with a shimmy after sending a hitter down.

“It’s just the outfielders and I (who do the routine),” said Baxter, who is also a cheerleader. “It just builds confidence.