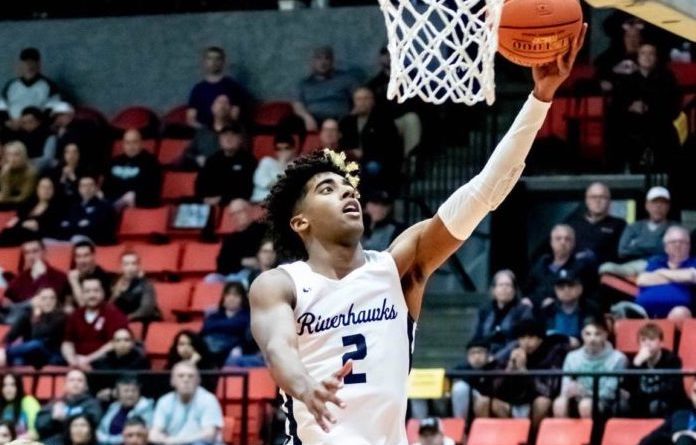 There’s no one script or path in college recruiting, but Kobe Young could never have guessed what he was signing up for.

A season lost to injuries. An AAU summer wiped out by a pandemic. An NCAA recruiting moratorium.

That’s why the Chiawana senior and two-sport standout is especially grateful the way it all played out. On Tuesday, Young announced his commitment to Boise State’s basketball program, making good on a late offer he received on Sunday — a moment he’d long dreamt about.

“After this past weekend, it all just came true,” said Young, also an all-conference football player.

Boise State showed interest early in Young’s recruitment, but didn’t initially offer. Despite the NCAA’s recruiting dead period, which lifts on June 1, Young happened to be playing in the same tournament as Broncos coach Leon Rice’s son. Rice, who has strong tied to the Tri-Cities, watched Young in mid-April, and was impressed.

As Rice told Herron, Young’s shooting consistency, ball-handling and his effort level stood out at the tournament in Boise. He played with a sense of urgency, and his impact on the game was apparent.

He’ll join Mt. Spokane’s Tyson Degenhart, a 2021 forward who signed with BSU’s 2021 class in November. Young and Degenhart were club teammates together with Washington Supreme.

As a prospect, the now-bouncy 6-foot-5, 200-pound Young made an early splash before most of the key stretch of his recruitment was derailed by injuries and a global pandemic that spurred an NCAA recruiting dead period for more than a year.

He held football offers from Army and Central Washington and offers from UC San Diego and Idaho State offers for basketball.

Young was named a first team all-MCC pick as a sophomore, but missed most of his junior season with a broken foot suffered during the football season. He returned for the last couple games of the 2019-20 season, but not at full strength. He hoped a season playing club with Washington Supreme on the UAA circuit with other top prospects across the state would provide him a platform to reel in Division I basketball offers. Save for a pandemic, he might have been right.

But COVID-19 shut down the AAU world. Supreme played in just a few tournaments, where coaches had to watch via stream. He spent most of the summer preparing for a fall football season that ended up being delayed until the spring.

Now, weeks before he graduates, Young is overjoyed — and relieved — to have a home in the Mountain West, playing for coach who knows his hometown well. Rice is a Richland High School graduate and was the freshman B team coach at Pasco High School when Herron was a freshman (and on the A team).

Once Rice called to offer on Sunday, Young turned around and told his mom. With her blessing, he called Rice right back and committed.